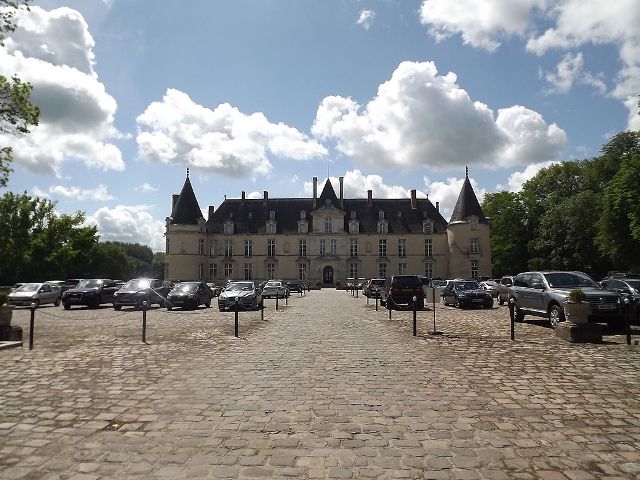 Location: Augerville-la-Rivière, in the Cher departement of France (Centre Region).
Built: 12th century.
Condition: In good condition.
Ownership / Access: Owned by a Private company.
ISMH Reference Number: PA00098680
Notes: Château d'Augerville is a French castle located in the town of Augerville-la-Rivière, in the department of Loiret and the region Centre-Val de Loir. This is the nineteenth century that city for the first time the name of Augerville, then a single locality, in a Charter of 1119. Since 1207, Augerville becomes a stronghold when the knight Philippe d'Augerville with his son Louis Thibault and build there a fortress flanked by a dovecote. Louis Augerville died in 1248 without heirs, so his estate was bought by brothers Peter and Dreux Beaumont, high lineage of knights descendants of Robert Chamberlain Pius themselves Chamberlains of St. Louis and Charles I of Anjou, King of Naples and Sicily. At the end of the thirteenth century, Pierre de Beaumont had built with his brother Dreux, a castle. In 1290, the son of Dreux, Jehan de Beaumont, lord and master of Augerville the royal palace under the kings Philip IV and Louis X Hutin, inherited the castle of Augerville, it enlarges.

How To Get To Château d'Augerville (Map):