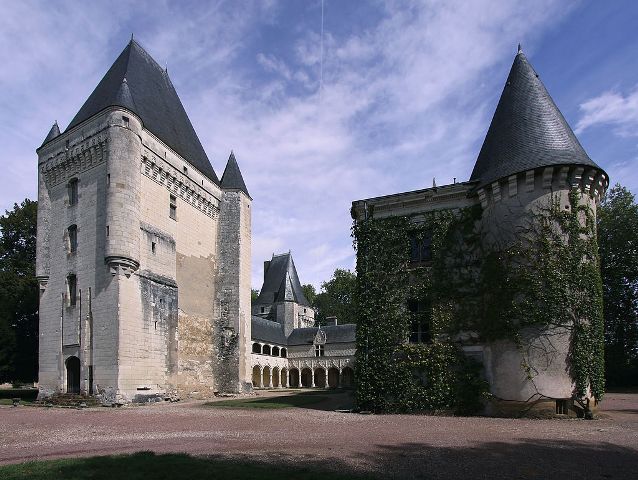 Location: Argy, in the Indre departement of France (Centre Region).
Built: 1509.
Condition: In good condition.
Ownership / Access: Private property.
ISMH Reference Number: PA00097267
Notes: Château d'Argy is a French Renaissance castle, located in the territory of the town of Argy in the department of Indre, in the region Centre-Val de Loire.The first lords of Argy appear during the establishment of religious buildings, from the eleventh century. They then depend on the lord of Buzançais, distant few kilometers. A cadet's family Brillac, from Poitou, wife in the thirteenth century, the heiress of the lordship of Argy. fortified manor in the twelfth century, this imposing castle was remodeled in the fifteenth century by Pierre de Brillac then in the early sixteenth century by Charles de Brillac before his death in Italy in 1509. The castle, common in the seventeenth century and the 40-hectare park up a heritage whose unity was restored by the Club du Vieux Manoir since 1966 and expanded the Columbarium of the National Archives of 1862 (saved and restored in full).In the early nineteenth century, the field of Argy passed to the family De Lamotte which also dealt with field of interest and resided in the castle. It is probably this family who built the wing (nineteenth century) in place of the original body of the house. The building is classified as historical monuments on 14 May 19301. In 1966, the Club du Vieux Manoir has supported its restoration, and saved from ruin. Since March 2014, the castle offers exceptional pharmacy pharmacy nineteenth century, made by the carpenter cabinetmaker Alsatian Auguste Haensler. It is a gift from the family of Yvonne and Peter Rapeaud, in industrial glassware, bottles and pharmaceutical pottery. Its condition makes it a rare example of pharmacies that time. It could be raised with the help of volunteers from the association of the Club du Vieux Manoir.

How To Get To Château d'Argy (Map):