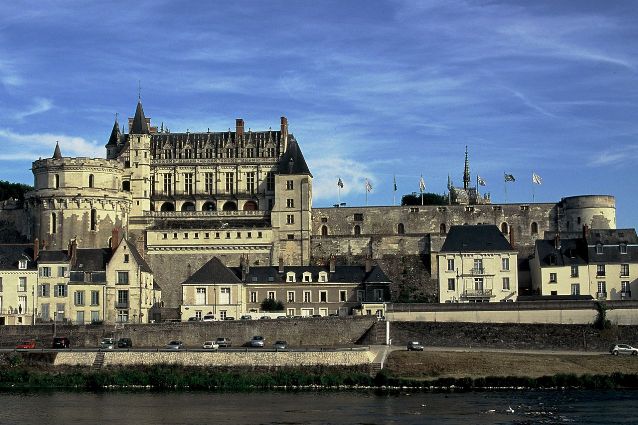 Location: Amboise, in the Indre-et-Loire departement of France (Centre Region).
Built: 16th century.
Condition: In good condition.
Ownership / Access: Owned by a Private company.
ISMH Reference Number: PA00097503
Notes: Château d'Amboise overlooking the Loire in Amboise in the Indre-et-Loire department. It is part of the Loire castles. Before being attached to the crown in 1434, the castle belonged for more than four centuries, the powerful Amboise family. During the Renaissance, it is the residence of several kings of France. It was partially destroyed after the Revolution: the project of Charles VIII, however, remain the royal house, the Saint-Hubert chapel where lie the alleged remains of Leonardo da Vinci, terraces and bridleways towers that give the monument that silhouette singular. Amboise Castle is the subject of a classification as historical monuments by the 1840 list.

How To Get To Château d'Amboise (Map):