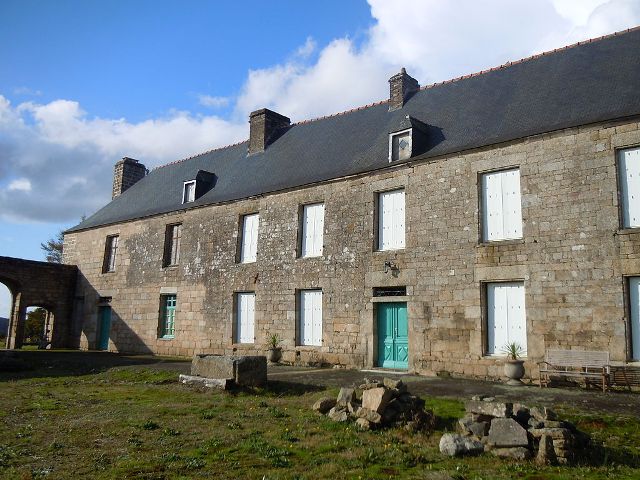 Location: Lanvénégen, in the Morbihan departement of France (Bretagne Region).
Built: 17th-18th century.
Condition: Ruined.
Ownership / Access: --
Notes: Manor St. Quijeau Lanvénégen is located at a place called St. Quijeau, 2 km southeast of the town. It is registered as historical monuments by order of 4 February 1998.The existence of a mansion in St. Quijeau is attested in the fifteenth century. It was then the property of the family The Rest. Thereafter it is the property of successive Guégant families (their weapons are on the windows of the parish church St. Conogan) of Kervenozaël of Ploeuc and Botdéru. At the revolution, it belongs to the Count Victor Botdéru, who emigrated to Poland thanks to the events. Sold as national property, the manor-farm was bought in 1796 by his mother Jeanne Thomase Ploeuc. The mansion was overhauled in 1730 to be brought up to date by Nicolas-Louis Marquis de Ploeuc. His wife, Marie-Françoise de Kervenozaël, had inherited on the death of his father.