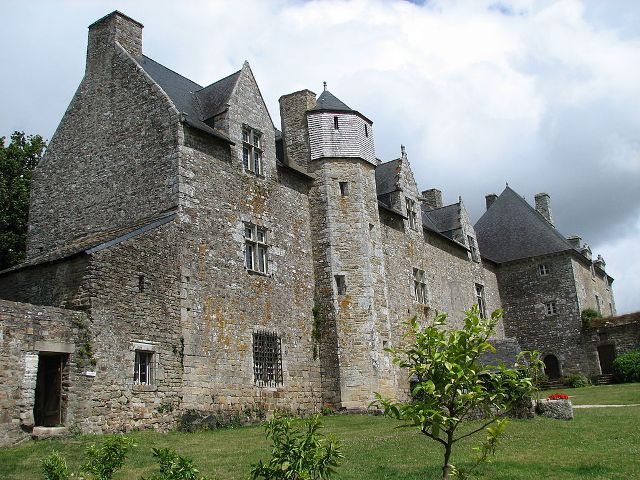 Location: Theix-Noyalo, in the Morbihan departement of France (Bretagne Region).
Built: 13th century.
Condition: Ruined.
Ownership / Access: --
Notes: Château du Plessis-Josso is a Breton manor house dating from the Middle Ages. This mansion is located east of the town of Noyalo-Theix, near Vannes. Le Plessis Josso is open for tours during the summer, and offers the rental of theaters and a cottage. The area is the subject of several protections. The castle, with the exception of classified parts, the subject of a registration as a historic monument since February 16, 1929. In 1987, Jean-Claude Motte, artisan blacksmith art, restores the ironwork. The facades and the courtyard roof of the castle itself, facades and roofs of the pavilion of the seventeenth century, the courtyard façade Southeast common building and the bulwark embattled southeast and southwest are the subject of a classification as historical monuments since 22 April 1981. The facades and roofs of the mill and barn on the old threshing floor, the west and north walls of the fortified castle walls, the walls around the Plessis-Josso and closing those old gardens to the east are the subject of a registration as a historic monument since November 9, 2001.

How To Get To Château du Plessis-Josso (Map):