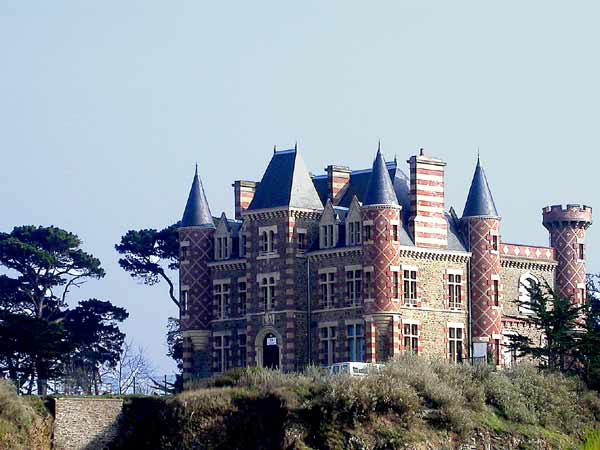 Location: Saint-Briac, in the Ille-et-Vilaine departement of France (Bretagne Region).
Built: 12th century.
Condition: Reconstruct in 19th century.
Ownership / Access: --
Notes: Château du Nessay is a castle located in the municipality of Saint-Briac in the Ille-et-Vilaine department.The castle Nessay is built on the site of a castle that dates back to the twelfth century but there is only a chapel. At that time, she was a guard; during the Revolution, it is a prison. The domain name was the one under which the area was designated then: La Houle. This building, in the grounds which were the gallows of justice, was destroyed by the middle of the seventeenth century, the ancient lords being deprived of their prerogatives, in 1656, in favor of the Seigneurie de Pontbriand. The current castle was built in 1886 by Count Maurice Villebresme.