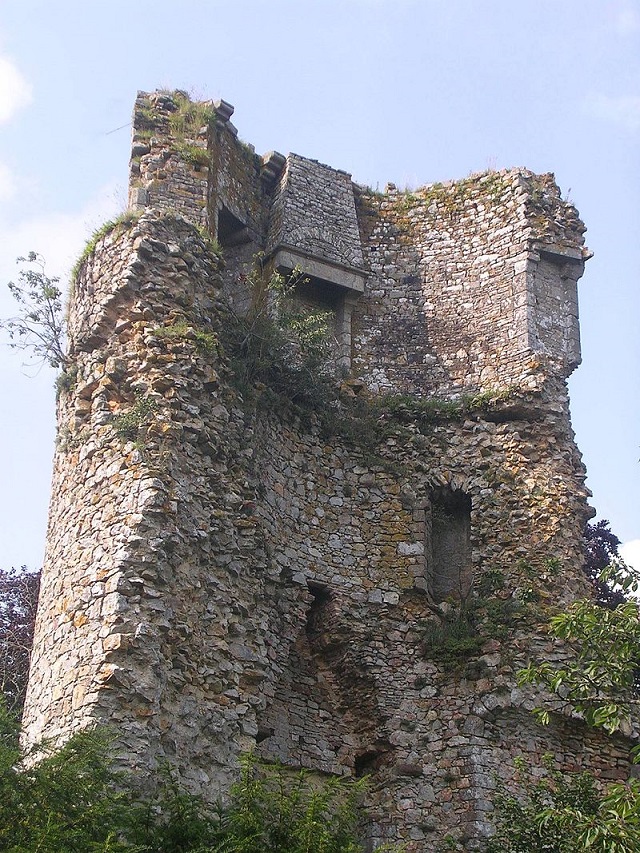 Location: Saint-Aubin-du-Cormier, in the Cotes-d-Armor departement of France (bretagne Region).
Built: 13th century.
Condition: Remaind.
Ownership / Access: --.
Notes: The castle of Saint-Aubin-du-Cormier is a former medieval castle, from the 13th century located in the commune of Saint-Aubin-du-Cormier in the department of Ille-et-Vilaine in Brittany.Dismantled in 1490, only the remnants of the donjon remain, which are inscribed on historic monuments by decree of 15 December 1926.In 1225, Peter I of Brittany ordered the erection of a castle in order to keep in check the two most powerful seigneuries of the county of Rennes, Vitré and Fougères. The enclosure forms a quadrilateral of 100 meters by 30 meters with ten towers. After the death of King Louis VIII, Peter I changed his allegiance and fought on the side of the English and King Henry III. The troops of the French army under the orders of Louis IX will unsuccessfully attempt a siege in 1231 but Peter I to surrender the fortress when he submits in 1234 to the King of France.The castle was dismantled in 1490 and abandoned.

How To Get To Château de Saint-Aubin-du-Cormier (Map):