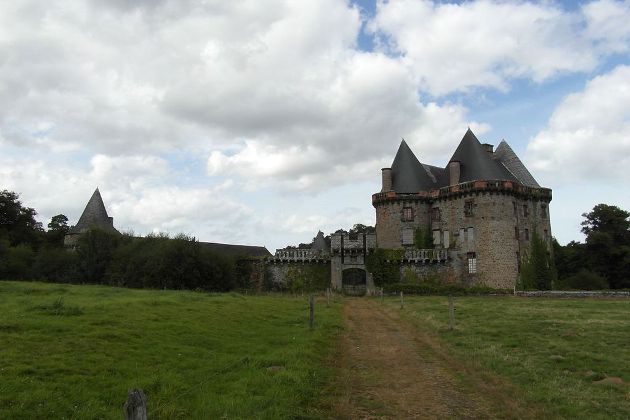 Location: Broualan, in the Ille-et-Vilaine departement of France (Bretagne Region).
Built: 17th-19th century.
Condition: Partially ruined.
Ownership / Access: Privately owned.
ISMH Reference Number: PA00090511
Notes: Château de Landal is a medieval castle in the town of Broualan in Ille-et-Vilaine. The lordship then Landal County belonged to several large families of the Breton nobility. This is one of the great castles of Breton history. Landal Castle, with its area of 350 hectares, was bought by Maurice Thomasson in 1892 to Count Louis du Breil (1844-1917). In 2013, after more than a decade of neglect and looting, Alice Guyot and his family acquired the castle open to the public and renovate with volunteers. Until 31 December 2015, starting date of the Guyot family.

How To Get To Château de Landal (Map):