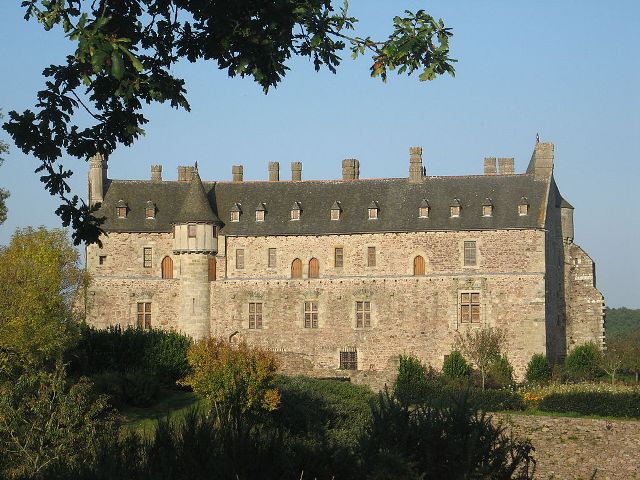 Location: Ploëzal, in the Côtes-d'Armor departement of France (Bretagne Region).
Built: 15th century.
Condition: Restored.
Ownership / Access: Property of the department.
ISMH Reference Number: PA00089447
Notes: The Chateau de la Roche-Jagu is a fortress that was built in the fifteenth century and restored in 1968. It is located on the territory of the town of Ploëzal Côtes d'Armor, Brittany, France.The chateau de la Roche Jagu, for its oldest part was built in the late Middle Ages and the river frontage was defending by its covered way with battlements. The dwelling consists of one main building depth whose entrance is through a door surmounted by a niche. The first floor still has its mullioned windows but the second floor set back and the roof were very reworked. The kitchen is the only room in preserved condition. The castle was listed building June 25, 1930 and the enclosure wall, the portal and pavilions that flank January 27, 1969.

How To Get To Chateau de la Roche-Jagu (Map):