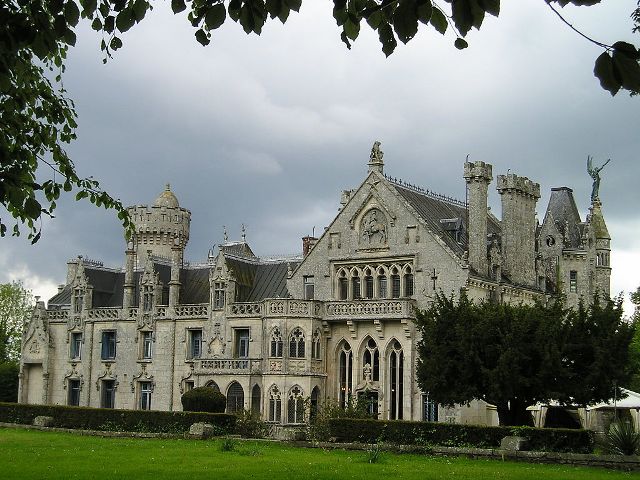 Location: Concarneau, in the Finistère departement of France (Bretagne Region).
Built: 18th century.
Condition: Restored in 1987.
Ownership / Access: Owned by a private company.
ISMH Reference Number: PA00089890
Notes: Château de Kériolet is a neo-Gothic castle near Beuzec-Conq in the French town of Concarneau in Brittany. This private residence is listed as historical monuments by order of 21 December 1984 for its facades and roofs, as well as his guard room with its fireplace and vitraux.

How To Get To Château de Kériolet (Map):