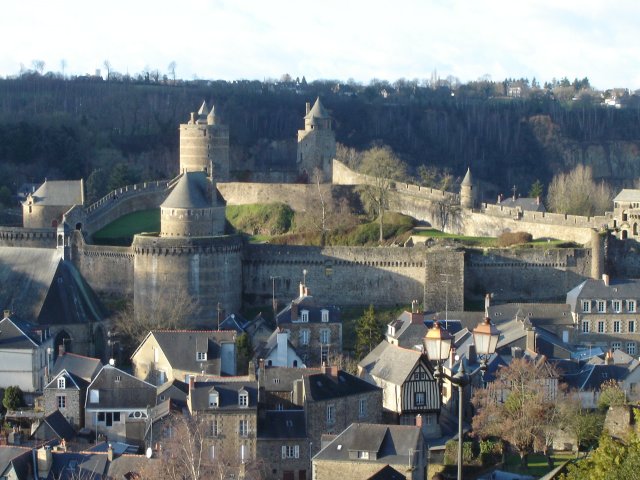 Location: Fougères, in the Ille-et-Vilaine departement of France (Bretagne Region).
Built: 12th century
Condition: Restored.
Ownership / Access: Owned by the municipality.
ISMH Reference Number: PA00090557
Notes: Château de Fougères is one of the largest French castles, occupying an area of two hectares and constituting a medieval set of the twelfth to the fifteenth century. As historical monuments; the castle is the subject of a ranked list of 1862 Official Journal of 18 April 1914 the municipal land with an area of 95 ac 1a adjacent to the west of the castle Barbican, limited by Castle Street, the road from Rennes and the meadow of Palestine is the subject of an order by ranking of 4 July 1928 moat and ancient moat and land located in the immediate vicinity and buildings constructed on this land including the gatehouse are the subject of an order by filing of February 26, 1953. The castle is listed as an archaeological site since April 18, 1914.

How To Get To Château de Fougères (Map):