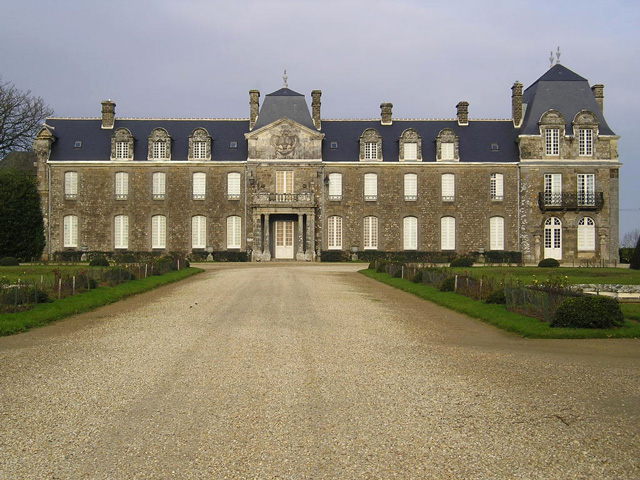 Location: Plouasne, in the Ille-et-Vilaine departement of France (Bretagne Region).
Built: 1722.
Condition: Restored in 1847.
Ownership / Access: Private property.
ISMH Reference Number: PA00089458
Notes: Château de Caradeuc is located in the towns of Longaulnay, Saint-Pern (Ille-et-Vilaine) and Plouasne (Côtes d'Armor) in Brittany. Its park covers 37 hectares, filled with monuments and statues inspired by history and mythology. Nicknamed the "Breton Versailles" by Roger Vercel, it is considered the largest park in Brittany. After the end of WWII, August 14, 1945, Caradeuc Castle Park's natural site. Facades, roofs and the outbuildings were listed as historical monuments on 1 February 1978 and 21 February 2011. The park has been awarded the "Outstanding Garden.

How To Get To Château de Caradeuc (Map):