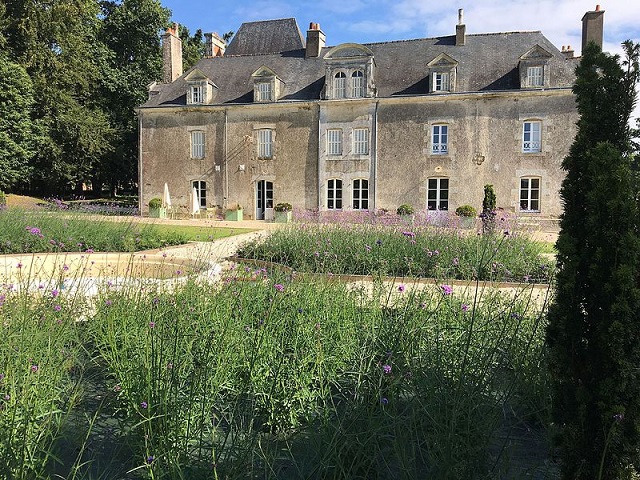 Location: Rochefort-en-Terre, in the Cotes-d-Armor departement of France (Bretagne Region).
Built: 20th century.
Condition: --.
Ownership / Access: --.
Notes: The castle of Boro is located on the town of Saint-Vincent-sur-Oust in the department of Morbihan. The castle is on a hill overlooking marshes and woods on the banks of the Oust, river separating the departments of Ille-et-Vilaine and Morbihan.Boro is an ancient châtellenie. It came from a dismemberment of the lands of the lord of Molac and was directly related to the Duke of Brittany and then to the King of France. She had a right of high, low, and average justice. The Boro site has been occupied since antiquity, serving as other places in the area of ​​defense point along the Oust. This line of defense existed in the sixth century; It had been erected by Count Waroc to defend itself from the Franks. The present castle is built on the site of an ancient edifice whose existence is attested in the thirteenth and fourteenth centuries. In 1390, Boro was owned by Geoffroy Garin. The Garin family possessed many possessions in the seigniory of Rieux, of which it was one of the most powerful families. Boro was then owned by the Davy, Rio, Launay, Castellan, Pioger and Le Bastart de Villeneuve. The estate has remained in the same family since 1677. In 1815, at the time of the Hundred Days, the castle was invested and plundered by the Bonapartist Redonnais in retaliation for an attempt to take the town of Redon by the local royalists. From 9 to 12 June 1944, 27 Waffen SS militiamen and members of the Perrot Legion invested in the castle. Some of his occupants were tortured and then deported. 6 resisters will be shot in a nearby wood.