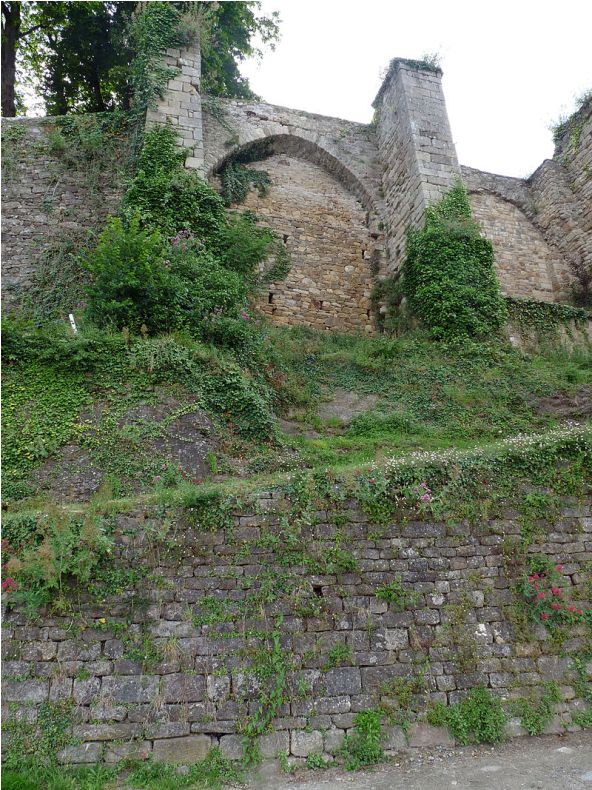 Location: Auray, in the Morbihan departement of France (Bretagne Region).
Built: 18th century.
Condition: Ruins.
Ownership / Access: --
Notes: Château d'Auray is disappeared castle which was located in the town of Auray in the Morbihan in Brittany. After the first building built in the eleventh century, the castle is built from Auray to 12011 from Arthur I.. It was then the whereabouts of several Dukes of Brittany. Francis wife there Isabeau Scotland October 30, 1442. It is also a strategic stronghold. September 29, 1364 Duke John IV besieged by ending claims to the Duchy of Brittany to his rival Charles de Blois. After being stormed and taken in 1560 by the army of King Henry II, the stones are sold at auction. A "New Street" is created on September 6, 1560 North moat. A few years later, the street is fully lined with houses and is named "rue du Château". Also some houses in wood sides, the street is lined with beautiful residences adopting limestone, noble material popular in the seventeenth and eighteenth centuries. Today, there are still some remains of the castle on the right bank of Loc'h: a round tower called "Tower of Talus" and three buttresses that supported the castle's main building and two ramps down to the port of Saint-Goustan.