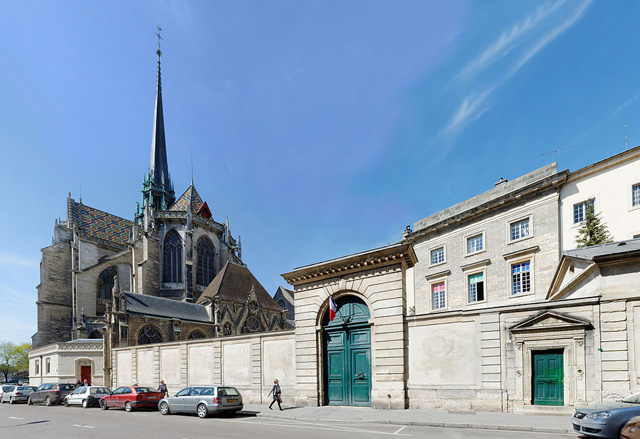 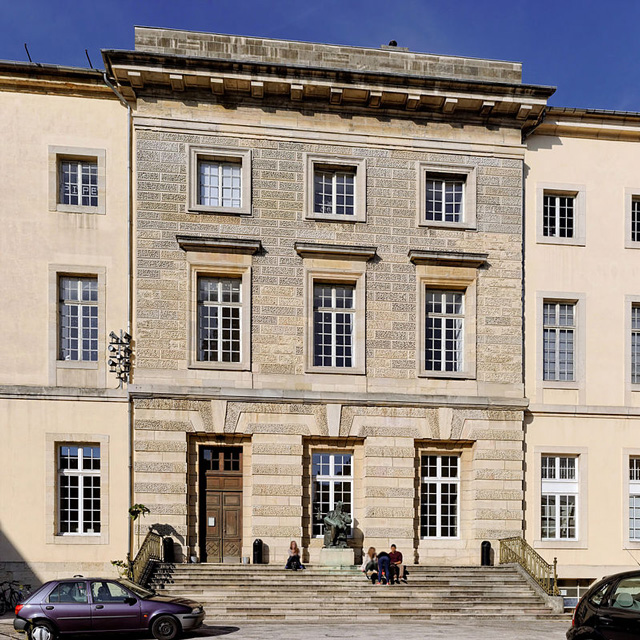 Location: Dijon, in the Côte-d'Or departement of France (Bourgogne Region).
Built: 17th century.
Condition: In good condition.
Ownership / Access: Private property. Not open to public.
Notes: Palais abbatial Saint-Bénigne is a building in the French town of Dijon. It is the subject of a classification as historical monuments since January 8, 1996. The adjoining garden at the former Benedictine dormitory is for its historical monument since February 2, 1924. This palace was never completed. In fact only the left was conducted from 1767 to 1770 by Claude Pope, a Dijon architect. Neoclassical style, the building later became a bishop's palace. In 1910, following the law of separation of church and state, the use of buildings and retired clergy assigned to the department of public instruction, who set up the School of Fine Arts in 1920. At present is still there the École nationale supérieure des Beaux-arts de Dijon ENSA Dijon Art & Design.