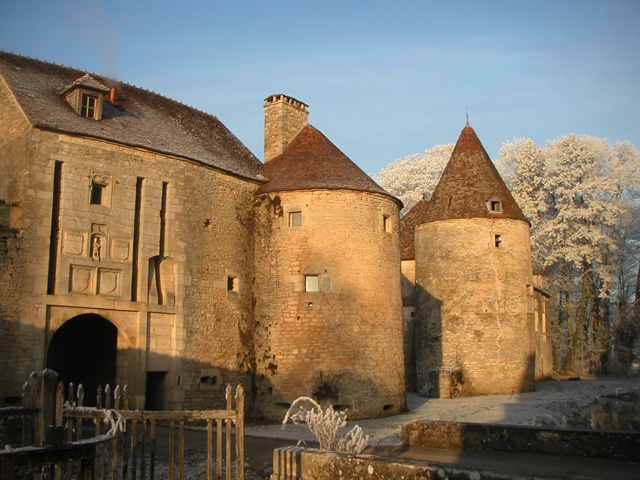 Location: Saint-Maurice-sur-Vingeanne, in the Côte-d'Or departement of France (Bourgogne Region).
Built: 15th century.
Condition: In good condition.
Ownership / Access: Privately owned.
ISMH Reference Number: PA00112632
Notes: Commanderie de la Romagne is a former commander of the Order of the Temple rebuilt and fortified in the late fifteenth century by the Knights of the Order of Saint John of Jerusalem, located in Saint-Maurice-sur-Vingeanne in Burgundy on the border with the historical Champagne and Franche-Comté. Nothing remains of the Templar period. The "old castle" Note 1 is the subject of a classification as historical monuments since 25 June 1962. The disappearance of the Templars, Romagna becomes a commander of the Order of Knights of St. John of Jerusalem . It is modified and fortified in the late fifteenth century by the Commander Stone Bosredon. The fortifications of the fifteenth century and the numerous subsequent alterations and destructions not possible to give a description of the buildings in the Templar period.