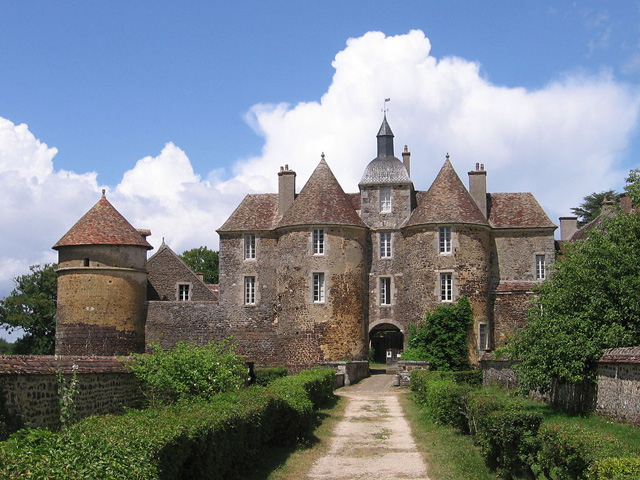 Location: Treigny, in the Yonne departement of France (Bourgogne Region).
Built: 13th century.
Condition: In good condition.
Ownership / Access: --
Notes: Château de Ratilly is a castle located in Treigny, France. The castle is built on a plan Philippian, an enclosure 6 turns defining a rectangular courtyard, two towers flanking the drawbridge. All sides are occupied by buildings. The set is surrounded by dry moat. Two orchards fenced border the driveway leading to the castle. The castle was turned into a dwelling place for rebirth. The Southwest tower has been converted into loft, a large skylight slate above the entrance, constructed fireplaces and open windows in the walls of the towers.

How To Get To Château de Ratilly (Map):