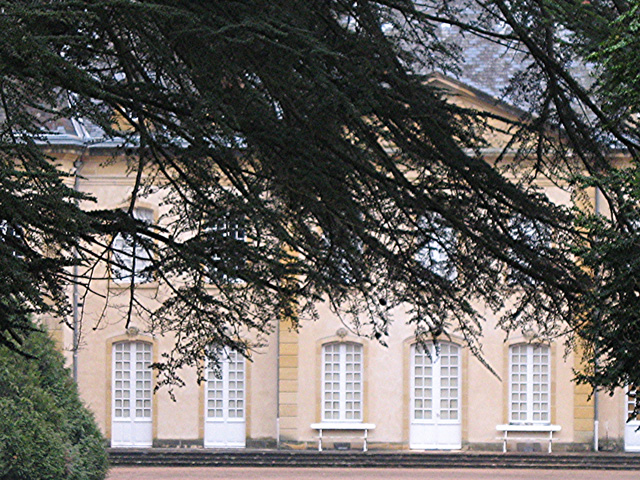 Location: Ozolles, in the Saône-et-Loire departement of France (Bourgogne Region).
Built: 1840.
Condition: Restored.
Ownership / Access: Privately owned and not open to visitors.
ISMH Reference Number: PA71000014
Notes: Château de Rambuteau is located in the territory of the Municipality of Ozolles in Saône-et-Loire, on a hill. The interior includes a series of neo-Louis XVI style rooms. The court above the house is surrounded by covered hipped roofs common in flat tiles. To the east lies a large landscaped park with an avenue of water. It incorporates the former chapel redecorated in the nineteenth century. The castle is privately owned and not open to visitors. On February 22, 2000 are listed on the Inventory of Historical Monuments, the park, the formal garden, the vegetable garden, the two input half-moons (floor, walls, statues, fences and gate), including the two ponds Glacière and the new pond, channel, and in full, the orangery, greenhouse, the cooler, the ruins of the tower. On February 21, 2002 are classified historical monuments, the castle, the outbuildings, including the stake, the chapel, the facades and roofs of the farm.