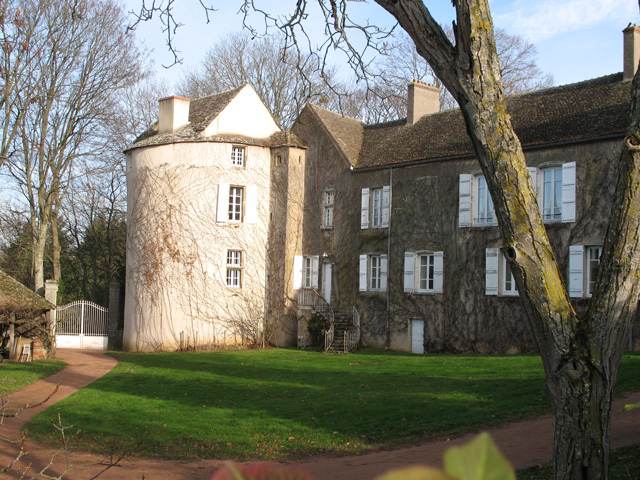 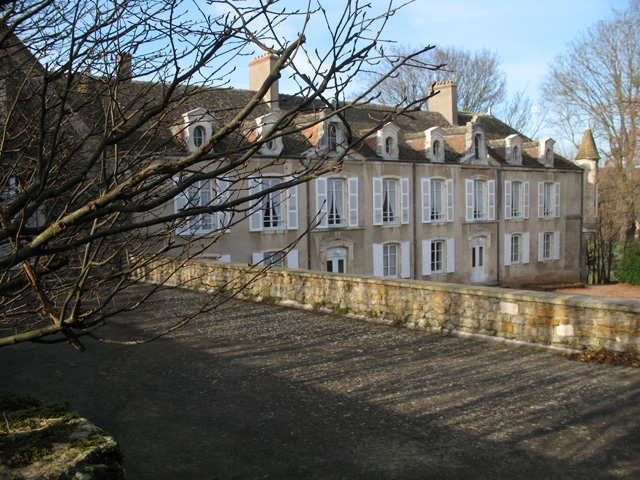 Location: Moroges, in the Saône-et-Loire departement of France (Bourgogne Region).
Built: 13th century.
Condition: Well maintained and carefully preserved.
Ownership / Access: Private property. The tour is available on request.
Notes: Château de Moroges is located in Moroges town on Saône-et-Loire. It overlooks the valley oriented east - west that follows Parkway Chalon - Montceau-les-Mines. The castle currently includes a large building whose west front, topped by greenery, overlooking a courtyard which is accessed by a gate. It is flanked to the north, an impressive dungeon; it is a very large square tower with a strangely gabled roof that cover small flat tiles. At the other end of the building, stands a smaller round tower. This set goes back to the thirteenth century and fourteenth century. The facade facing the park was redesigned in the years 1850 - 1855; it is classic style. Inside, large fireplaces were identified and exposed joists French ceilings. The lower room of the dungeon has regained its original appearance. In front of the facade, lies a terraced park. The castle is privately owned. The tour is available on request.