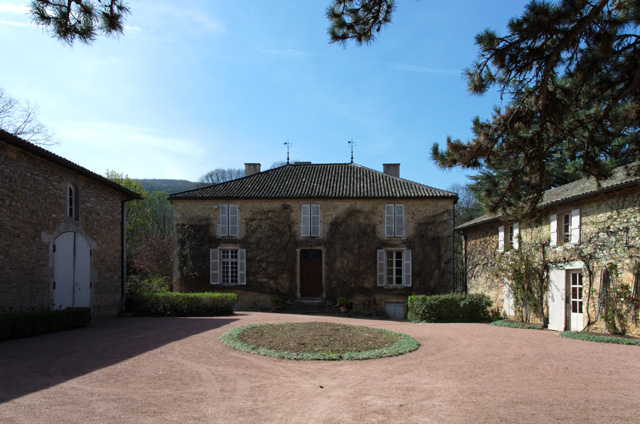 Location: Milly-Lamartine, in the Saône-et-Loire departement of France (Bourgogne Region).
Built: Unknown.
Condition: Ruined.
Ownership / Access: Privately owned. Not open to public.
Notes: Château de Milly is located in the town of Milly-Lamartine in Saône-et-Loire. The house is very simple, square, probably dating from the eighteenth century and having only one floor of three windows on the ground floor which is accessed by a flight of steps. The exterior has not been changed, but the facade is covered with greenery. Inside, only the layout of the rooms recalls the memory of the poet. The castle is privately owned and can be visited only with the authorization.