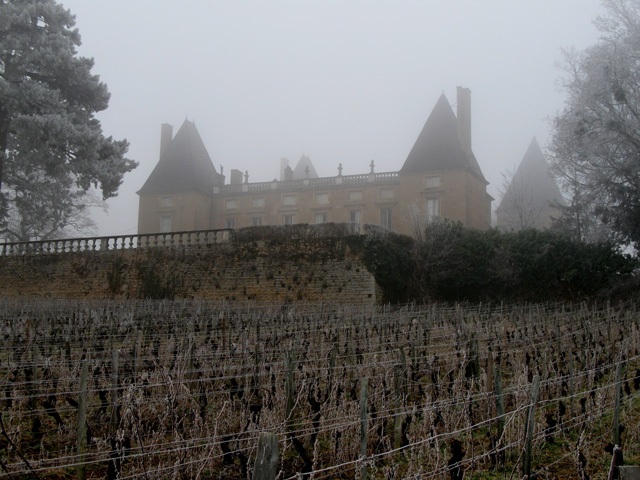 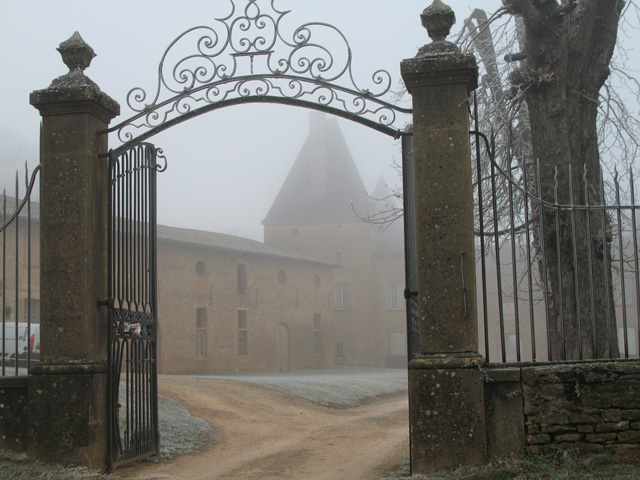 Location: Vinzelles, in the Saône-et-Loire departement of France (Bourgogne Region).
Built: 13th century.
Condition: Rebuild after the fire in 1850.
Ownership / Access: Private property. Open to public during the months of July and August and during the days of the wealth.
Notes: Château de Layé is located in the town of Vinzelles in Saône-et-Loire, on the slope of hill, overlooking the village. The castle, which is surrounded by moats on three sides, is preceded south of a court, defended by two very restored towers that once ran through a long avenue of chestnut trees. To the north, a second courtyard closed by a cart door without crown and bordered by a barn sheltering presses eighteenth century, separates the old castle of Vinzelles. The castle, private property can be visited during July and August and during the days of assets1. With the Castle of Vinzelles, it is the subject of a registration as a historic monument since October 29, 2003.