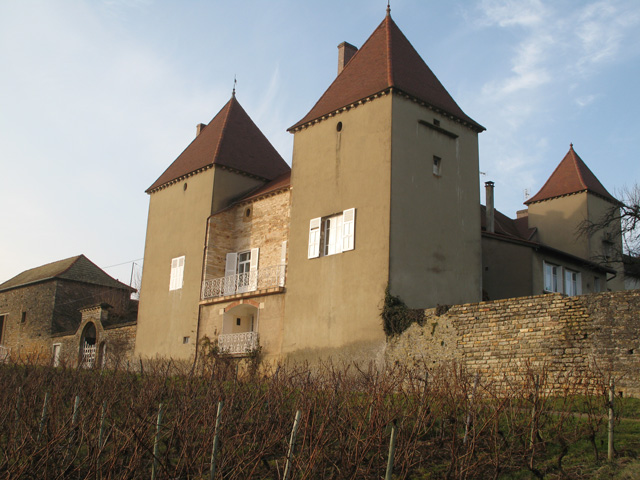 Location: Péronne, in the Saône-et-Loire departement of France (Bourgogne Region).
Built: 17th century.
Condition: In good condition.
Ownership / Access: Private property and not open to the public.
Notes: Château de la Tour-Penet is located in the town of Peronne in Saône-et-Loire, sidehill. The body of principal building, elongated rectangular plan, is flanked on three angles, square towers covered pavilion roofs. A covered balcony and veranda were plated in the twentieth century, between the two south towers. The south-west tower, provided with a rectangular door, contains a stone staircase to two straight flights. Two arched doors open on the ground floor of the western facade. Around the courtyard, which is accessed by a driveway gate semicircular accosted a pedestrian gate of the same type are distributed various common, including a long barn pierced with a cart door arched carved clip to a palm leaf, the west gable which draws a square tower leveled above the first floor. To the east stretched a garden terrace. The castle is privately owned and not open to visitors.