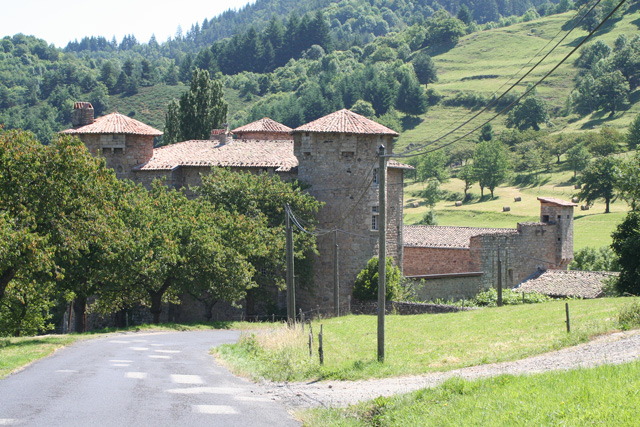 Location: Épervans, in the Saône-et-Loire departement of France (Bourgogne Region).
Built: 11th century.
Condition: Restored.
Ownership / Access: Private property. Not open to public.
ISMH Reference Number: PA00112796
Notes: The Château de la Motte is located in the town of Épervans in Saône-et-Loire, on the edge of a forest. It is the subject of a registration as a historic monument since 19 May 1995. In the late nineteenth century, the building consisted of two parallel buildings surrounding a courtyard where one entered by a massive square tower-porch, preceded a fixed bridge, having probably replaced a drawbridge which are still visible traces of vertical slots on the tower. In the back of the courtyard, a small square tower served as a chapel. Unmanned or maintained, pillaged, the castle was soon deteriorate. In particular the gatehouse showed serious cracks compromising its strength. The owner kept what was left still standing, that is to say the tower chapel, apparent timbered shed and the big gatehouse supported by strong buttresses. The latter is of the same type as that of Champforgeuil. The castle is privately owned and not open to visitors.