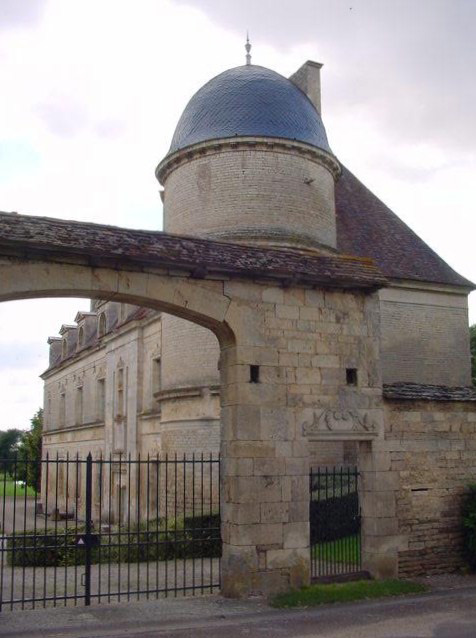 Location: Jours-lès-Baigneux, in the Côte-d'Or departement of France (Bourgogne Region).
Built: 16th century.
Condition: In good condition.
Ownership / Access: Privately owned.
ISMH Reference Number: PA00112497
Notes: Château de Jours-lès-Baigneux is a castle of the sixteenth century in Jours-lès-Baigneux in the French department of Côte-d'Or. Castle Jours-lès-Baigneux is located in the center of the town. A first castle belonging to the family of Brancion is sold at the duke Hugh IV, Duke of Burgundy in 1259. He returned in the middle of the fourteenth to the family of Anglure who rebuilt from 1542 to 1566 and retains it until 1652. From that date the building passes through different hands and the fortress was dismantled about 1743. The castle was then acquired by Charles Legrand, lord of Sainte-Colombe in 1785 and sent to one of his daughters, wife Dumonchet. This gives the castle in 1788 to Charles-Antoine Clugny who emigrated during the Revolution. The castle was sold as national property. It was bought in 1820 by Pierre Quirot of Corbeton and his wife Anne-Marie de Ganay. However Viscount and Viscountess Corbeton not resident there. In the late nineteenth century, the castle deteriorated very likely is apparently abandoned by its owners.