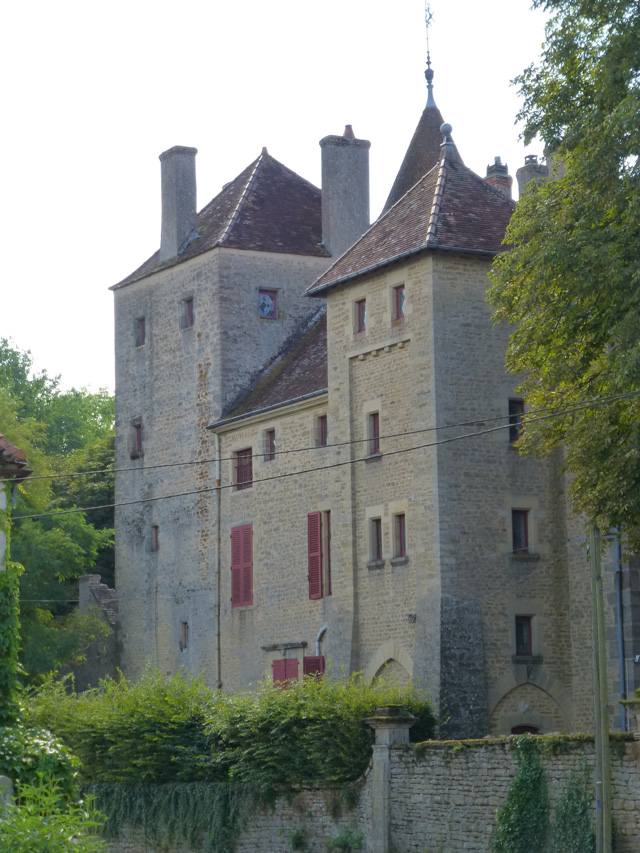 Location: Joncy, in the Saône-et-Loire departement of France (Bourgogne Region).
Built: 11th century.
Condition: Restored.
Ownership / Access: Privately owned. Not open to public.
Notes: Château de Joncy is located in the municipality of Joncy in Saône-et-Loire, on the banks of the Guye.It is a plan L-shaped building comprising a main body and a short wing at right angles. It is flanked by a large square tower, probably the primitive keep, served by a spiral staircase included in a five-sided tower that dates from the fifteenth century. The openings irregularly distributed, disfigured elements of what was possibly a gatehouse, a turret overhanging conical base, set up in the corner of the tower and the main building, reflect the successive revisions of the nineteenth and work century. Beyond the road, extends to the north, the cemetery in the center of which stands the stately chapel. Common to the east, are complemented by a mill on the Guye.The castle is privately owned and not open to visitors.