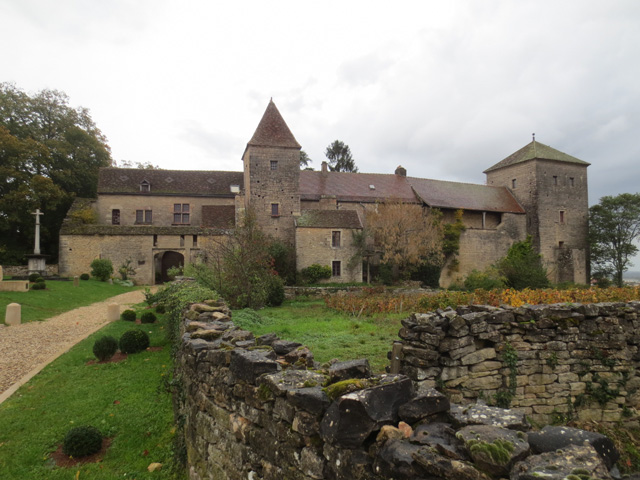 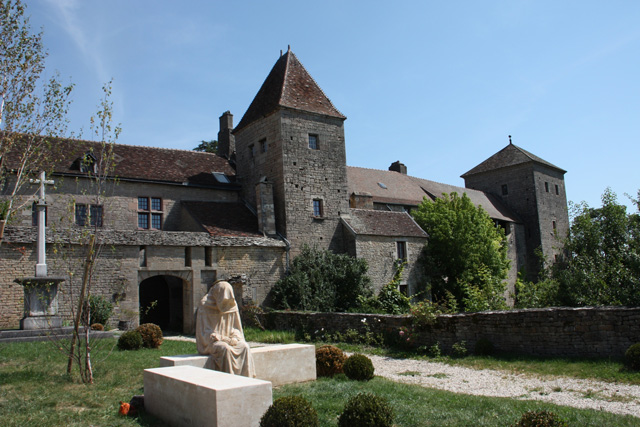 Location: Gevrey-Chambertin, in the Côte-d'Or departement of France (Bourgogne Region).
Built: 11th century.
Condition: In good condition.
Ownership / Access: Open to public.
Opening Times: Check their website for more info.
Price of Admission: Check their website for more info.
ISMH Reference Number: PA00125315
Notes: Château de Gevrey-Chambertin is a medieval castle of the eleventh century and a vineyard of 2.3 hectares in Gevrey-Chambertin (AOC) in Gevrey-Chambertin (12 km south of Dijon and 30 km north of Beaune) on the road of the Grands Crus of Burgundy vineyard in the Cote-d'Or. The castle, the stone bridge and the tower are included in the inventory of Historical Monuments September 24, 1993. The castle is not open to visitors. The castle was sold as national property during the French Revolution in 1791 and was bought by Jacques Masson in 1858, sold by his descendants and heirs in 2012. The castle and winery consists of 3 hectares of vineyards in the appellation Gevrey Chambertin (AOC), estimated by several professionals to 3.5 million euros, despite an unsuccessful proposal of a group of Burgundian winemakers to 5 million, eventually acquired in April-May 2012 by a Chinese investor, Louis Ng Chi Sing, gaming rooms in Macau officer (Sociedade de Jogos de Macau, SA of SJM Holding controlled by billionaire Stanley Ho), for a sum of around 8 million euros5. The new owner has declared his intention to restore the castle and entrusted the management of the vineyard area in Armand Rousseau, one of the winemakers of the municipality that operates on neighboring plots climates.

How To Get To Château de Gevrey-Chambertin (Map):