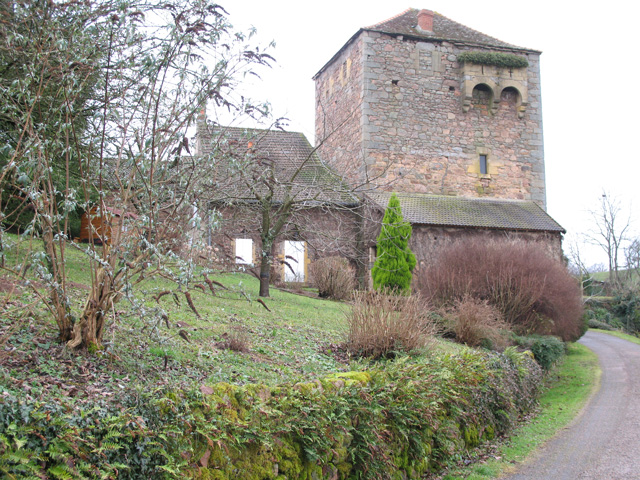 Location: Dyo, in the Saône-et-Loire departement of France (Bourgogne Region).
Built: 11th century.
Condition: Renovated.
Ownership / Access: Privately owned. Not open to public.
Notes: Château de Dyo is an ancient castle, probably from the late eleventh century, the center of the Lordship of Dyo, which stands on the town of Dyo in the department of Saône-et-Loire, in the Bourgogne region. Castle of Dyo is located in the French department of Saône-et-Loire in the town of Dyo, on a hill in the village, along the road to the Clayette Charolles. The vast oval enclosure that once encircled the entire top of the hill, it remains today as parts of the southern part, which was perhaps the castle itself. Can still be seen the foundations of three circular towers. To the west stands a high of almost square gatehouse, rare breakthrough openings and which appears to have been built in the thirteenth century. In 18161, the assembly as shown in a drawing of the time was still virtually intact. Residential houses and barns, some being based on the foundations of the walls, as well as vegetable gardens occupy the enclosure.