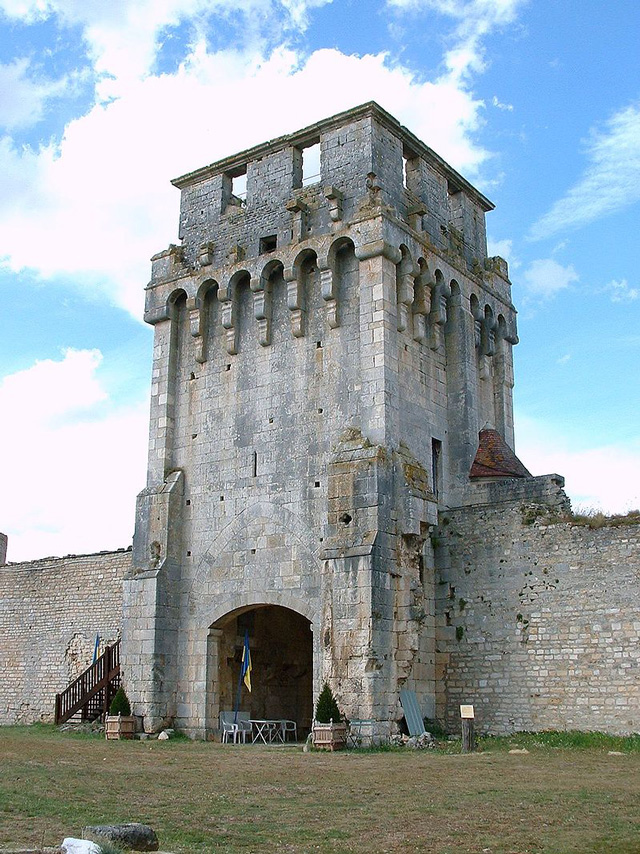 Location: Druyes-les-Belles-Fontaines, in the Saône-et-Loire departement of France (Bourgogne Region).
Built: 12th century.
Condition: Ruined.
Ownership / Access: Private property, open to the visit.
Notes: Château de Druyes is a medieval castle located in Druyes-les-Belles-Fontaines in Yonne in Burgundy. Built in the twelfth century by the counts of Nevers, it remains their property until the eighteenth century. Princely palace fortress as much as it is in the thirteenth century, one of the habitual residences of Peter II of Courtenay, Emperor of Constantinople, and his daughter Matilda, Countess of Nevers, Auxerre and Tonnerre. He then abandoned by the counts of Nevers, and home to more than a captain and a garrison. From the seventeenth century, having lost all military significance, it is no longer occupied and slowly falls apart. He escaped demolition during the Revolution, but it was not until the second half of the twentieth century that the people of Druyes and governments are concerned about his fate and save from ruin. Druyes is part of the first generation of Philippians castles castles yards, built in the time of King Philip Augustus with a simple plan, circular towers that allowed to offer better protection at lower cost. It is built on a square plan of 52 meters wide. The angles are defended by four round towers. Three of the four curtains have a square tower. The north tower, the highest, is a fortified entrance gate. A large house, now defunct, was based on the south curtain wall, pierced by arched openings Romance.