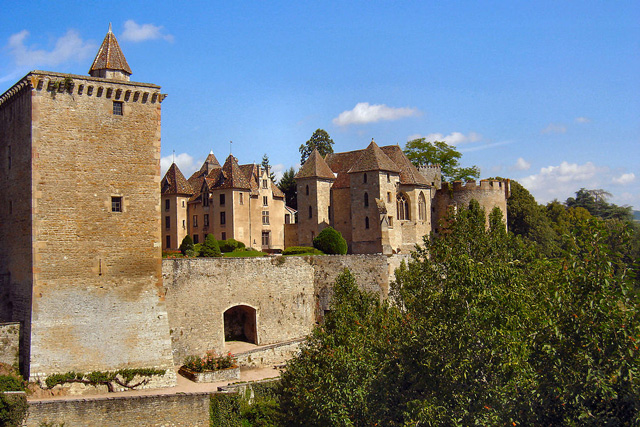 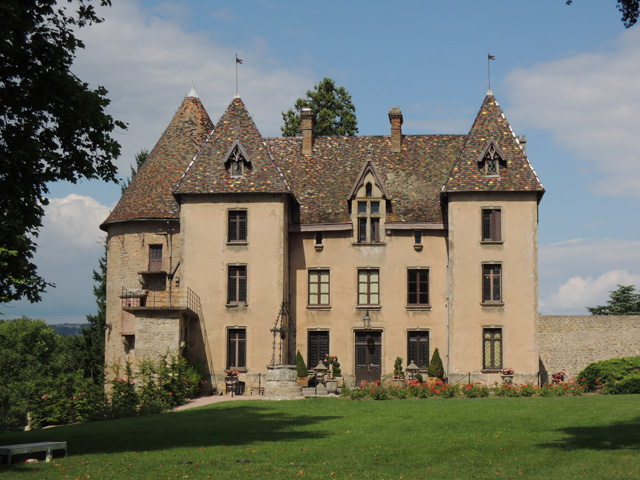 Location: Couches, in the Saône-et-Loire departement of France (Bourgogne Region).
Built: 11th century.
Condition: Renovated.
Ownership / Access: Privately owned. Open to public.
Notes: Château de Couches is located in the town of Couches in Saône-et-Loire, below the town, on a ledge overlooking the Old Valley. It is part of ancient fortresses of the Duchy of Burgundy and allowed particularly to protect the road from Paris to Chalon via Autun. The Layers Castle said Margaret of Burgundy, is a collection inscribed under French historical monuments. The castle occupies a vast quadrangle surrounded by walls still leveled breast high on three sides. At the southeast corner, stands a tall tower probably built in the twelfth century and controlled the access of the primitive fortress. It was provided in the fifteenth century, a turret off work containing a spiral staircase. The eastern curtain is flanked at its center, from the base of a square tower dismantled. Between the two round towers of the thirteenth century, is the chapel, of Gothic style, built in 1460 by Claude de Montagu, on the site of a small shrine and a continuation of this chapel, a main building of rectangular, flanked by two square towers, all relating to the "troubadour" style and dates back to the nineteenth century. The castle is part of a winery producing wines Bourgogne appellation coast du Couchois.

How To Get To Château de Couches (Map):