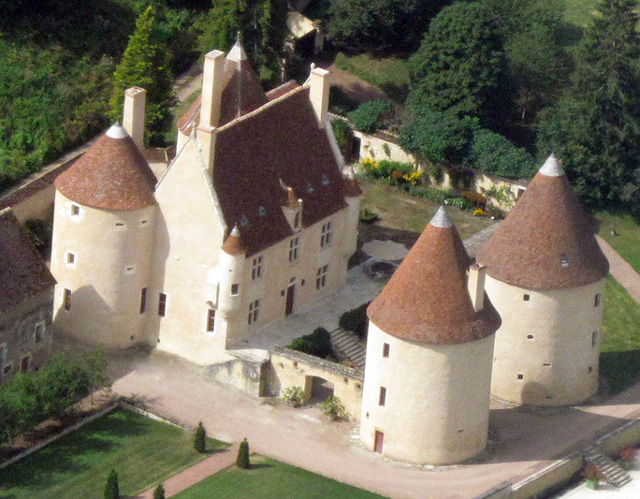 Location: La Chapelle-Saint-André, in the Niévre departement of France (Bourgogne Region).
Built: 13th century.
Condition: In good condition.
Ownership / Access: Privately owned.
Opening Times: Check their website for more info.
Price of Admission: Check their website for more info.
ISMH Reference Number: PA00112823
Notes: Château de Corbelin is a castle in the town of La Chapelle-Saint-André in the department Nièvre (Burgundy region) in the riverside of Corbelin. This site, the first official references date back to the twelfth century, has a historical and economic importance locally, for his role as a hinge between the lordship County of Nevers and the barony of Donzy by his steel production until mid-nineteenth century and its leading role in the activity of floating timber. It consists at present of four massive towers dating from the late fourteenth century, a two-storey main building of the sixteenth century between the southeast and southwest towers, a commercial building eighteenth century, leaning against the main building, and a common nineteenth century. One can also admire the ruins of a blast furnace in the nineteenth century.

How To Get To Château de Corbelin (Map):