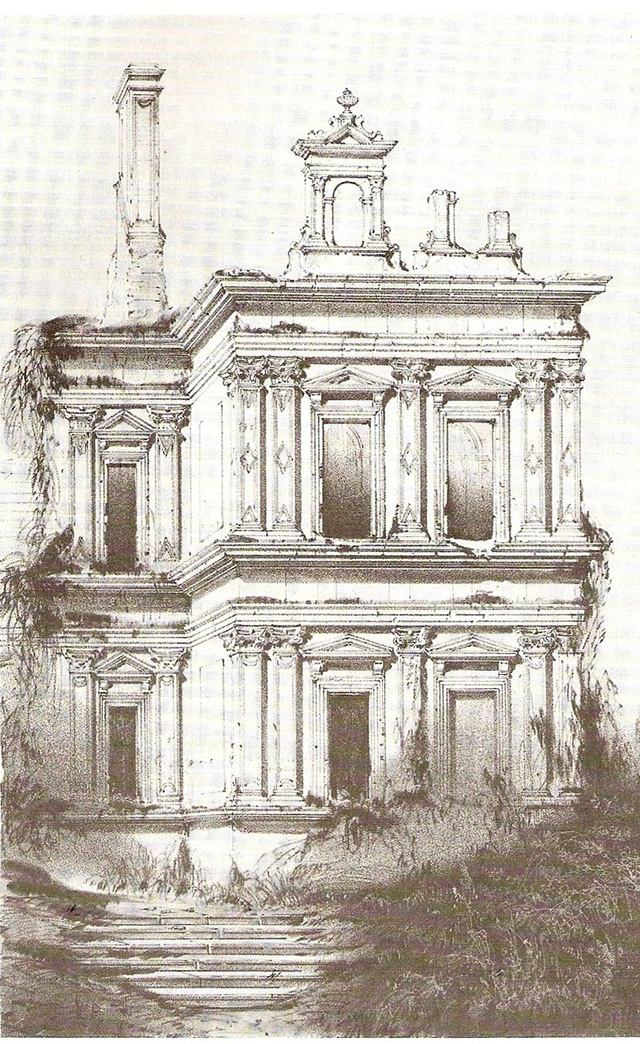 Location: Chaumot, in the Yonne departement of France (Bourgogne Region).
Built: 10th century.
Condition: In good condition.
Ownership / Access: Private property.
Notes: The castle of Chaumot is an old castle, now disappeared, in the commune of Chaumot in the Yonne.It was a considerable castle, with several large rooms of water with springs, several communes, two windmills, a large wash-house, the Chaumot canal, three avenues lined with elms, large vineyards, two cellars, And a very large park that still exists. Chaumot was called Chaumoth and earlier Calmottum: calm of kal and of calmis meaning rock or height denuded, which agrees well with the appearance of the site. The German-Italian correspondence of Prince Francis Xavier de Saxe and his wife the Countess Claire Spinucci frequently indicate "Chaumotte", thus indicating the oral way of pronouncing Chaumot under the Ancien Régime.Chaumot also had a neighboring castle (manor) and its forges in the hamlet of Préaux (lt), which was part of the castle of Chaumot, it collapsed at the end of the 13th century, the foundations of which were still to be seen In the eighteenth century. All that remains is the woods of the Hammer and the castle of Mardelin, converted into a farm. The Moulin Neuf and the Moulin Vieux, still existing, were also part of this fief des Préaux. From 1771 to 1791, the Duke of Mortemart praised the seigniory to Prince Francis Xavier of Saxony. The main castle of Chaumot was built in the tenth century in the hollow of the valley between the recent hamlet Les Vinées and the woods of the Park. Louis IX stayed there with his army, before leaving in the Crusades, then Joan of Arc before going to Sens. Rebuilt by André de l'Abbaye, he was bought from Le Boultz by Paul Delpech, receiver general of the finances of Auvergne, in Riom, son of Pierre Delpech (1642-1712), marquis of Méréville. In the first decade of the eighteenth century until 1714, he rebuilt it into a "modern" castle, enhanced by numerous hydraulic machines, gardens, communal gardens, etc.

How To Get To Château de Chaumot (Map):