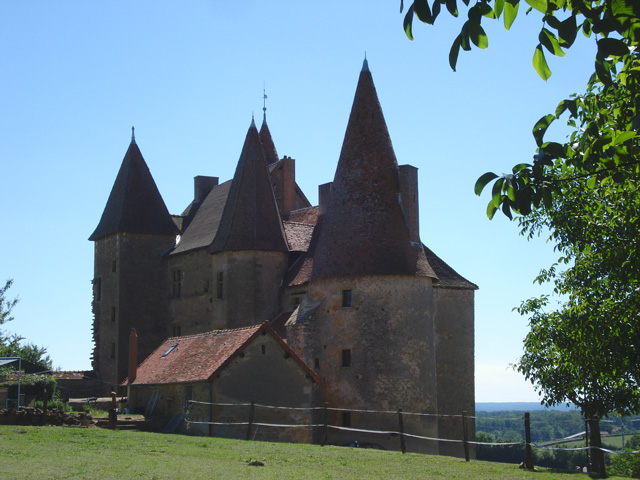 Location: Chassy, in the Saône-et-Loire departement of France (Bourgogne Region).
Built: 15th century.
Condition: In good condition.
Ownership / Access: Lieutenant-Colonel Bernard de Benoist Gentissart. Not open to public.
ISMH Reference Number: PA00113206
Notes: Château de Chassy is located in the municipality of Chassy in Saône-et-Loire, on the eastern outskirts of the village, perched on the side of a small valley where the springs Clessy creek near the old laundry of the village. The present appearance dates mainly from the fifteenth century. The castle is built on an ancient fortified house dated 1056. Above a robust main building link two round towers, a square tower and a hexagonal tower. Nearby are an old dependency and a massive circular dovecote. The castle is privately owned and not open to visitors. It is registered with the additional inventory of historical monuments since March 1927.