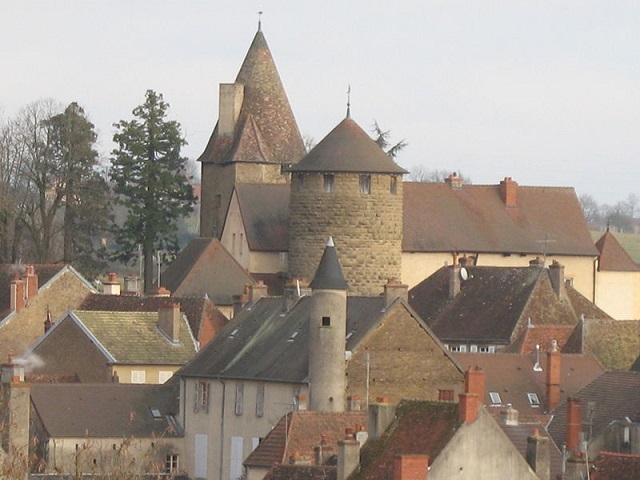 Location: Charolles, in the Saône-et-Loire departement of France (Bourgogne Region).
Built: 13th century.
Condition: In good condition.
Ownership / Access: Private.
Notes: The castle of Charles-le-Téméraire or Chateau de Charolles is an old castle whose origin goes back to the 13th century, which stands in the commune of Charolles, in the department of Saone-et-Loire, in the region Burgundy- Franche-Comte. In the Middle Ages it is the center of one of the six châtellenies of the county of Charolais. The castle is the subject of a partial inscription in respect of historical monuments by decree of 29 October 1926.Until the Charolais became part of the kingdom of France in 1761, the history of the castle coincided with that of the village of Charolles, which developed between the church of Saint-Nizier situated at the point of the spur and the castle which Barred the northeast access. In 1237, Hugue IV, Duke of Burgundy, acquired all the possessions situated to the west of the Saone of the Count of Chalon, Jean. In 1239, Hugue IV pays homage to the castle and châtellenie of Charolles to the King of France Louis IX. Between 1310 and 1317, Jean de Clermont, count of Charolais, passed for having rebuilt the castle and to have provided nine towers.