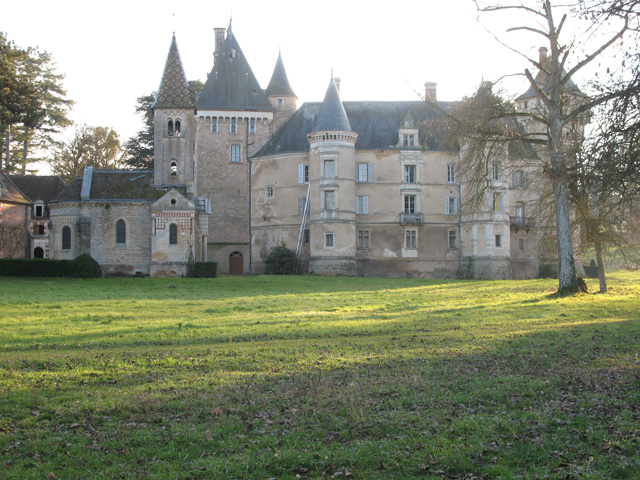 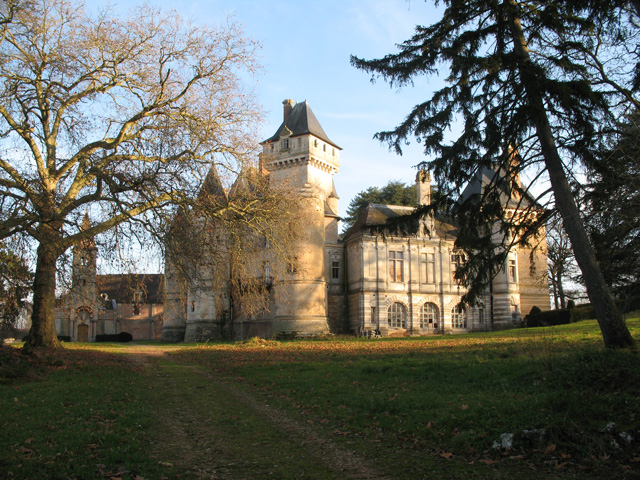 Location: Bresse-sur-Grosne, in the Saône-et-Loire departement of France (Bourgogne Region).
Built: 14th century.
Condition: Restored in 1870.
Ownership / Access: Private property, Not open to the public.
ISMH Reference Number: PA00113133
Notes: Château de Bresse-sur-Grosne is located in the town of Bresse-sur-Grosne in Saône-et-Loire.The central body is flanked by two wings arranged in turn, a fourth building that has been shot down south to form an open courtyard on the park. The east wing includes the dungeon entrance to the drawbridge and to the south, an extension added in the nineteenth century; a turret is attached to the keep, a round tower at the northwest corner. The west wing has for its part connected to an old castle by a building body (nineteenth century) in neo-Renaissance decor. The castle has retained a chapel of the twelfth century. Important outbuildings to use wine (seventeenth century) and a model farm. In the park remains of an orangery, an icebox and a dovecote. The castle, private property can not be visited. It is the subject of a registration as a historic monument since 21 March 1983.