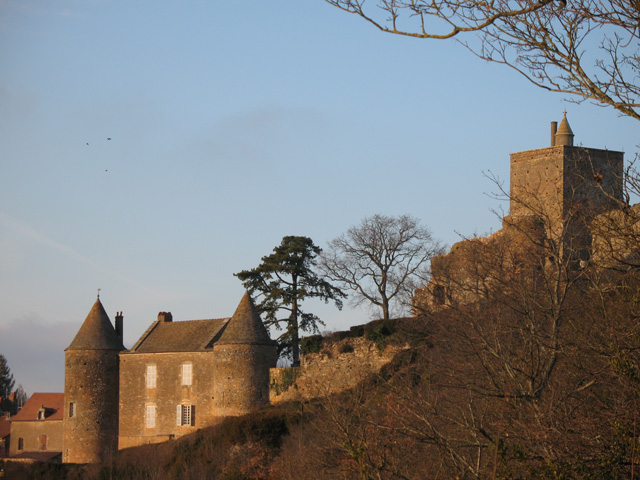 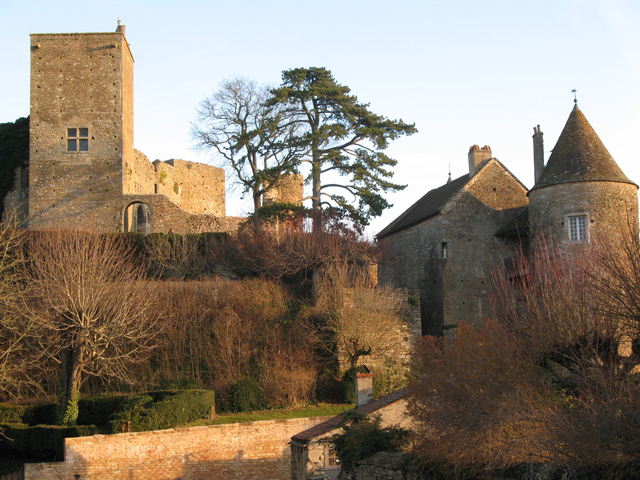 Location: Martailly-lés-Brancion, in the Saône-et-Loire departement of France (Bourgogne Region).
Built: 12th century.
Condition: Ruine.
Ownership / Access: Private property. Open to the public.
Opening Times: Check their website for more info.
Price of Admission: Check their website for more info.
Notes: Château de Brancion is an ancient castle, the twelfth century, the remains of which stand in the town of Martailly-lès-Brancion in the department of Saône-et-Loire, in the Bourgogne region. The remains of the Castle of Brancion, including those of the enclosure, and adjoining city gate are the subject of a classification as a historic monument by decree of 9 June 1977. The castle was defended by three walled enclosures, the door city entrance piercing the third of them defending the town. Several towers flanked the whole: the "tower of Beaufort", the "Tower of Chaul", the "Tower of Longchamp", etc. At the center of this device, the highest point of the rock, defended the north and west by the third wall, stands the tower, tall square tower in medium apparatus having a blind ground floor with no access from outside and three floors. It remains impressive with its "withdrawal", the room of the lord. Until the sixteenth century it was crowned with battlements and wearing a pointed roof terrace which was substituted. Against the keep, is based in a ruined stately home is pierced with trefoil windows, which seems to have been rebuilt in the fifteenth century on the foundations of the twelfth century. It is flanked to the east by two square towers solidarity of the second vessel, the "tower of Awning" and "Tower of gaiety." South of this set, the subsist fishbone walls belong to an earlier built in the eleventh century. The castle chapel was under the patronage of Saint Catherine. The castle, privately owned, is open to the public.

How To Get To Château de Brancion (Map):