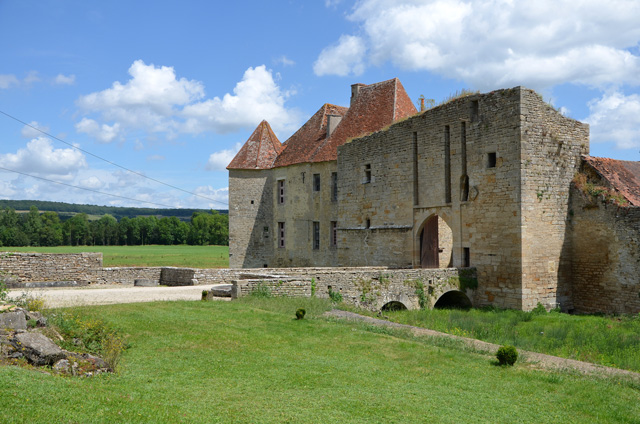 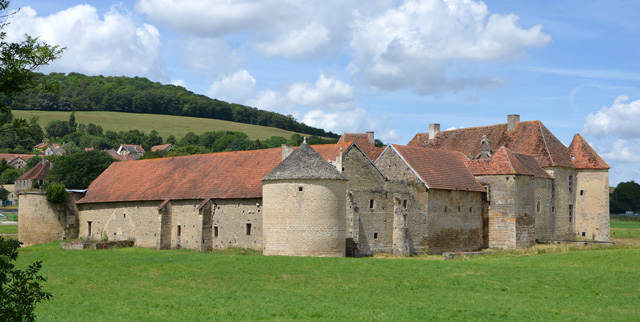 Location: Éguilly, in the Côte-d'Or departement of France (Bourgogne Region).
Built: 12th century.
Condition: Ruined.
Ownership / Access: Fabio Magnani and Françoise.
Opening Times: Check their website for more info.
Price of Admission: Check their website for more info.
ISMH Reference Number: PA00112442
Notes: Château d'Éguilly, located near the village of Éguilly, Côte-d'Or, Burgundy, close to the A6 motorway, is a French castle of the twelfth century listed building. Built on the site of a Gallo-Roman wooden castle (a Gallo-Roman road still going through besides the castle courtyard), the stronghold of the twelfth century with strong walls and six towers is gradually fitted to the fifteenth century as a place of residence for an archbishop. We still see, at fifty meters east of the present castle, in the meadow, the location of the original fortification. Its traces are clearly visible on aerial photographs. It was a circular trenched mound on which was to draw up a dungeon of robust frame, designed such that were the earliest castles. This mound was preceded to the west, a large backyard (probably also surrounded by water ditches) on the site of which rises the present castle. The courtyard of this castle is has a well at the time of the Renaissance and the stables are the seventeenth century. Through marriage, the property changed owners several times and successively belonged to the family of Éguilly Choiseul and then MacMahon. In 1983 Roger Aubry, art dealer, and his wife Françoise buy the castle was abandoned and fell to undertake its restoration over three decades. In 2015, Fabio Magnani and Françoise bought the monument and continue restorations. The former castle garden historic monument was 7 December 1993. A redevelopment project was carried out by a landscape architect of Versailles.