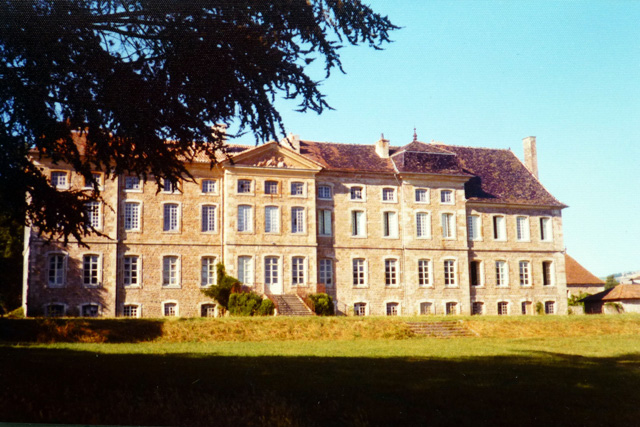 Location: Dompierre-les-Ormes, in the Saône-et-Loire departement of France (Bourgogne Region).
Built: 18th century.
Condition: In good condition.
Ownership / Access: Privately owned. Not open to public.
ISMH Reference Number: PA00113270
Notes: Château d'Audour is a castle in the town of Dompierre-les-Ormes in Saône-et-Loire. It is partially listed historical monument since 1971. The castle is in the form of an imposing rectangular building built between two wings. Are common in the east. A square tower dominates west an old pond. The town actually Dompierre-les-Ormes acquired in the 1970s to prevent its dismantling, then it becomes private property. Today the castle is not open. It is registered with the additional inventory of historic buildings for facades and roofs. The castle park was landscaped by the botanist Philippe de Vilmorin, just like the nearby Arboretum Pézanin.