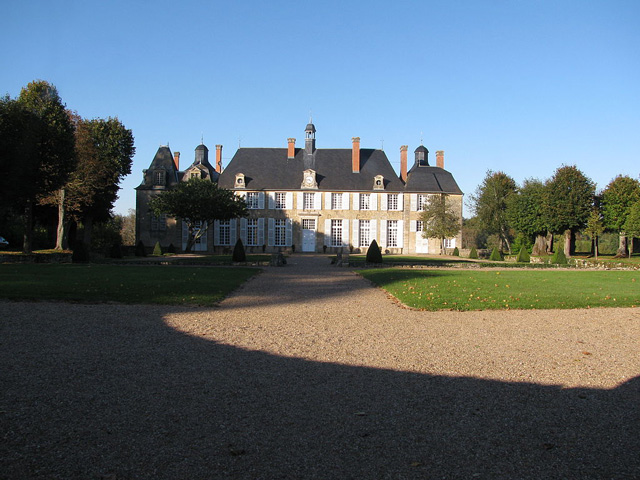 Location: Arthel, in the Nièvre departement of France (Bourgogne Region).
Built: 19th century.
Condition: In good condition.
Ownership / Access: Privately owned.
ISMH Reference Number: PA00112795
Notes: Château d'Arthel, is a castle of the sixteenth century entirely rebuilt in the eighteenth century built on an ancient castle, located in the village of Arthel, near the church, on a rocky promontory. In the department of Nièvre, district of Cosne-Cours-sur-Loire, Canton Prémery. On the RD 140. Private property visits by appointment only. Is commonly said mistakenly Château d'Apremont because one of its owner also owned the castle.