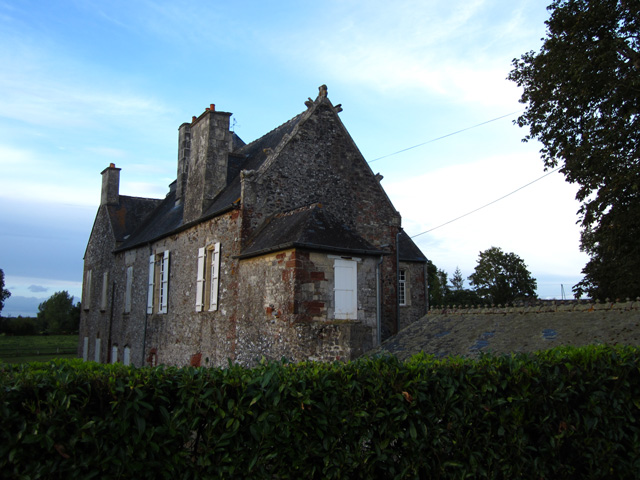 Location: Airel, in the Manche departement of France (Basse-Normandie Region).
Built: End of 15th century.
Condition: Partially Ruined.
Ownership / Access: --
Notes: Manoir du Mesnil-Vitey is a former stronghold of the late fifteenth century that stand in the town of Airel in the department of Manche Basse-Normandie region. The mansion is the subject of a registration under the Historic Monuments by order of 22 November 1949. A quadrangular moated destroyed during the Revolution, of which there are still vestiges of crenellated wall, has a home in the square. A polygonal turret staircase occupies the interior angle. Above the door, there are the arms of Lucas Acher: "Azure a fess Argent, accompanied by three golden crowns, two in the head, a peak."