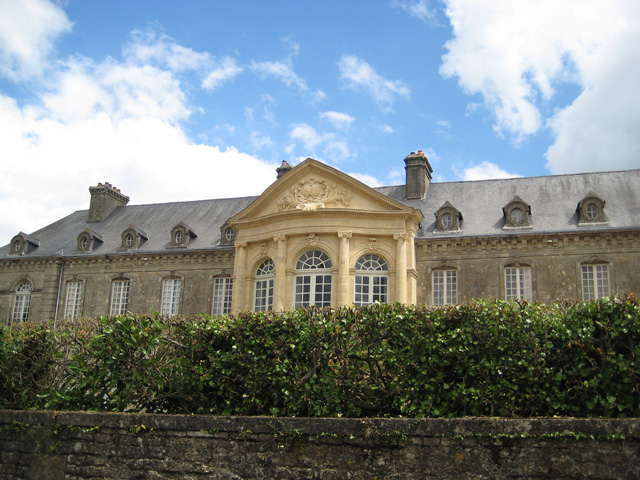 Location: Valognes, in the Manche departement of France (Basse-Normandie Region).
Built: 1767.
Condition: In good condition.
Ownership / Access: Owned by the family of the Courtils.
Notes: Hotel Beaumont is a mansion of Valognes, the finest example of what could be the Norman Versailles. On the basis of an old flag of Jallot family, lords of Beaumont, Pierre Jallot who inherits the early eighteenth century, this hotel built from 1767 by the architect Raphael Lozon. Looted during the French Revolution, the property became home detention and is leased to the city to host the recipe of Finance. In 1882, the Countess of Aigneaux, Sophie Mesnildot, sells the house to Mr Debains; it then became the property of Count of Froidefond Florian. Preserved bombing of the liberation of the Cotentin, the Beaumont Hotel is one of the last vestiges of the era of the Norman Versailles. Owned by the family of Courtils, it was listed in 1927 and classified as historical monuments in 1979.

How To Get To Hotel Beaumont (Map):