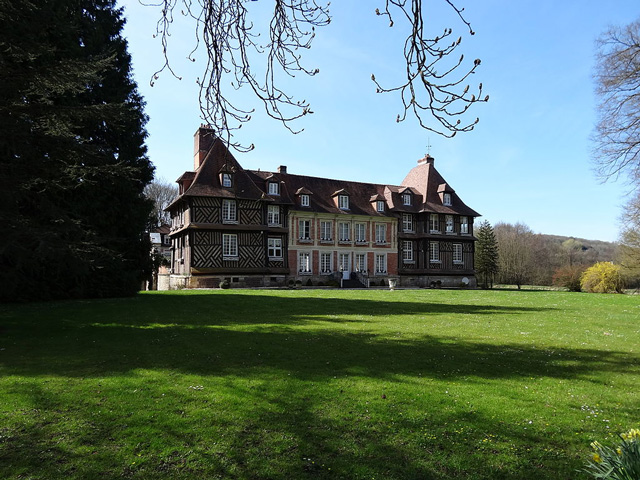 Location: Le Breuil-en-Auge, in the Calvados departement of France (Basse-Normandie Region).
Built: 16th century.
Condition: In good condition.
Ownership / Access: Owned by a Private company.
ISMH Reference Number: PA00111119
Notes: The Château du Breuil is situated in the town of Le Breuil-en-Auge in Calvados and Lower Normandy region. The castle dates from the sixteenth century. The Château du Breuil is built in the early sixteenth century. Several owners live there; Bouquetot with the family of Jean III Bouquetot, knight, Lord of Breuil and Rabu. He leaves the castle inheritance to his daughter Suzanne who married Count Gabriel de Montgomery II (son of Gabriel, comte de Montgomery), owner from 1611 to 1658. The young Rohan of Tancred saw the castle before being abducted and taken to Holland the Bence family from 1696 to 1734. the main building, outbuildings, the front door and the moat are registered under the historic Monuments since 9 September 1933.

How To Get To Château du Breuil (Map):