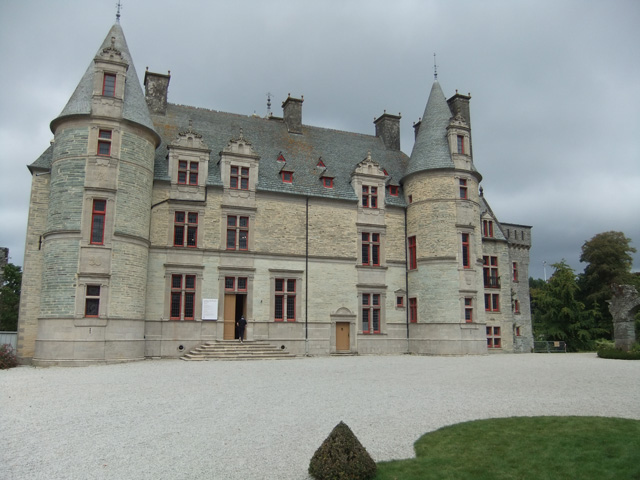 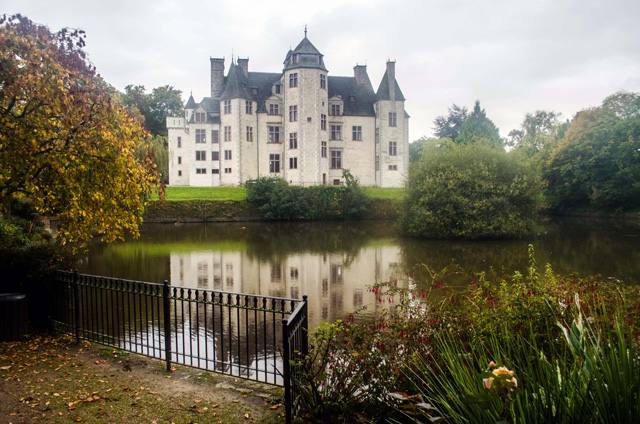 The castle seen from the park Photo - Morburre - Wikipedia - lic. under CC BY-SA 4.0

Location: Tourlaville, in the Manche departement of France (Basse-Normandie Region).
Built: 1562.
Condition: In good condition.
Ownership / Access: Owned by the municipality of Cherbourg.
Opening Times: Check their website for more info.
Price of Admission: Check their website for more info.
Notes: Château des Ravalet (locally named Tourlaville Castle) is a Renaissance castle in blue shale, built between 1562 and 1575, property of the town of Cherbourg, and located in the municipality of Tourlaville in Normandy. Castle (open only at certain times, especially during Heritage Days), the park (open to public) and greenhouse (1873 to 1875) are classified Historical Monuments since 1996. The castle Ravalet cotentinoise is characteristic of the Renaissance. Two levels attic were added in the second half of the nineteenth century. The castle, the park and the ruins of the ancient tower were classified historic monument on March 4, 1996. Then existed a Renaissance park with its moat, the park was redesigned around 1870 with two ponds and a cave. It is decorated with a greenhouse built between 1872 and 1875 and many exotic plants. The park acquired by the city of Cherbourg became public garden in 1935. The 1987 storm caused severe damage. The site, classified, enrolled in pre-inventory of remarkable gardens.

How To Get To Château des Ravalet (Map):