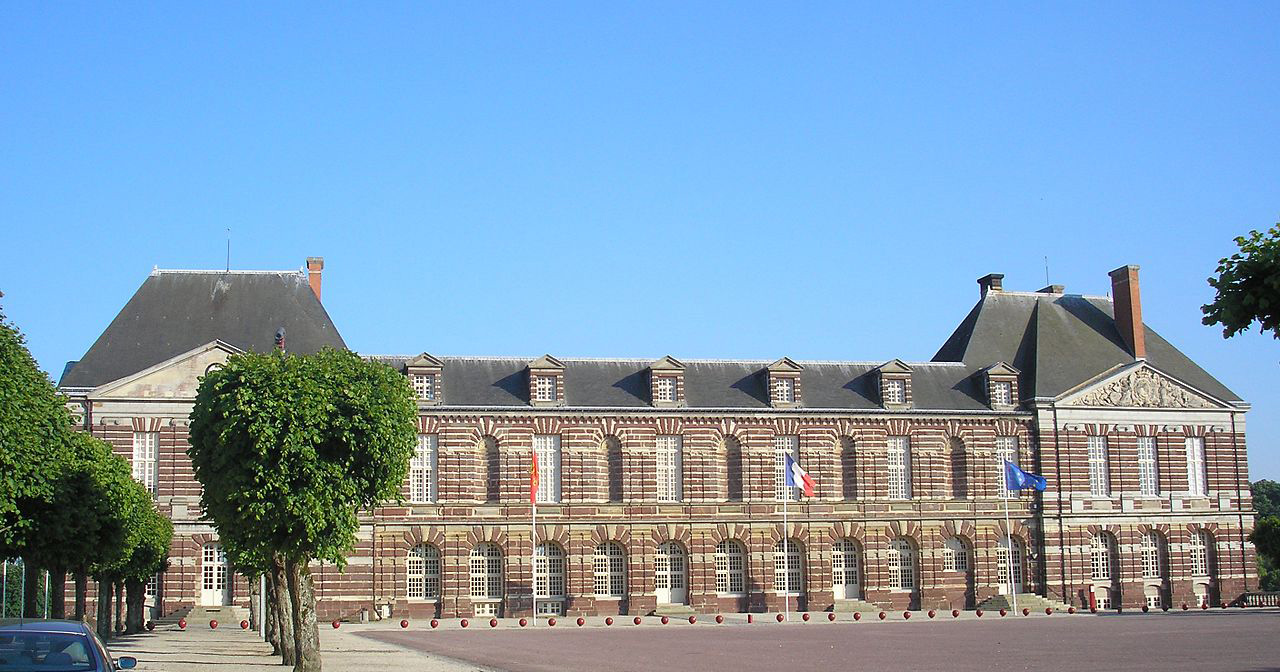 Location: Torigni-sur-Vire, in the Calvados departement of France (Basse-Normandie Region).
Built: --
Condition: In good condition.
Ownership / Access: Owned by the municipality.
ISMH Reference Number: PA00110620
Notes: Château des Matignon is a historical monument located in Torigni-sur-Vire in the Manche department. It was classified in 1840. This castle is named after the home of Matignon, Torigni counts as Jacques II Goyon Matignon and Jacques I of Monaco, which also links to the Grimaldi family. The first fortified castle owned by the wealthy family Gouyon, lords of Matignon, from Brittany, is almost entirely razed in the early sixteenth century and a new house is built by abandoning the defensive style to turn into stately residence. The castle was composed of three wings U which it remains today only the southern wing. Four pavilions are deputies and the area is surrounded by an enclosure of dry moats. Auctioned in 1805, the estate is awarded to a property dealer, for $ 1.6 million books, which decided to break it up. The field then has a very rich furniture consisting of tables and Aubusson tapestries. In 1944, a fire destroyed the castle causing the loss of several parts classified as objects. Today the castle houses the town hall of the city and a museum dedicated to Arthur Le Duc torignais sculptor.