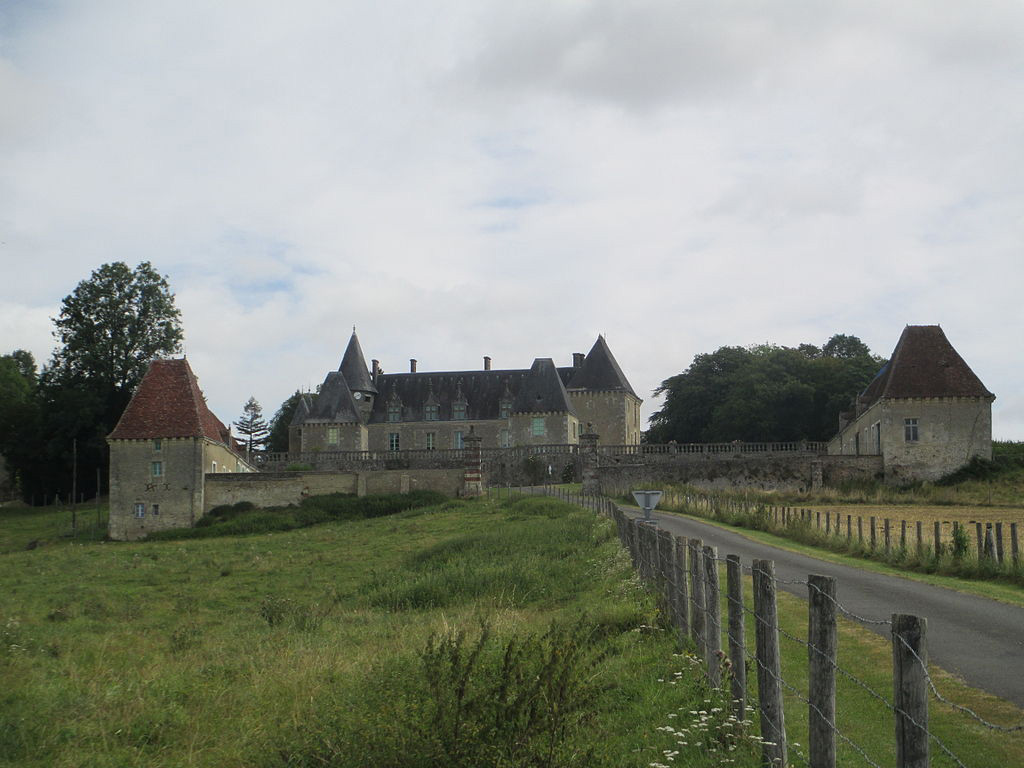 Location: Chapelle-Souëf, in the Orne departement of France (Basse-Normandie Region).
Built: 15th century.
Condition: Ruined.
Ownership / Access: Privately owned.
ISMH Reference Number: PA61000025
Notes: Château des Feugerets is located in the municipality of La Chapelle-Souëf but its field extends to the territory of Appenai-sous-Belleme. Built between 1550 and 1570 and remodeled many times since it is the subject of a registration as a historic monument since October 5 20012. Jehan of Feugerets, the governor of Belleme built. This is recorded in "Rolle noble and nobly tenans au Perche County", dated September 15, 1541 as lord. It is then taxed 4 pounds 10 sols tournaments. The great Dauphin, son of Louis XIV, went there several times. It happens in the family Feugerets by marriage in the nineteenth century to the family of Semallé and even by marriage to the family of Broc and finally to the family Romanet.