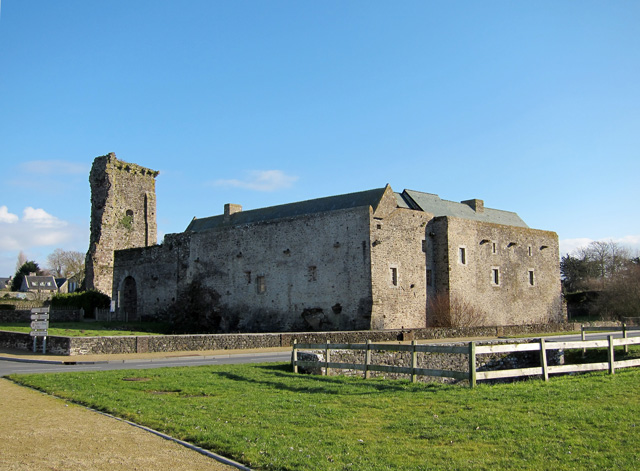 Location: Regnéville-sur-Mer, in the Manche departement of France (Basse-Normandie Region).
Built: 14th century.
Condition: Excavation and restoration work to restore it..
Ownership / Access: Owned now by the General Council of The Municipality of Manche.
Notes: Château de Regnéville is an ancient castle founded in the twelfth century, rebuilt in the fourteenth and fifteenth centuries and destroyed in 1637, the remains of which stand in the town of Regnéville-sur-Mer in the department of Manche in Normandy region . Now owned by the General Council of La Mancha, the campaigns of excavations and restoration work gradually restore her life. As historical monuments; all vestiges forming the backyard, including land subject to registration by order of 1 December 1989; the ruins of the dungeon and all vestiges forming the high court, including land subject to a ranking by order of 13 September 1991.