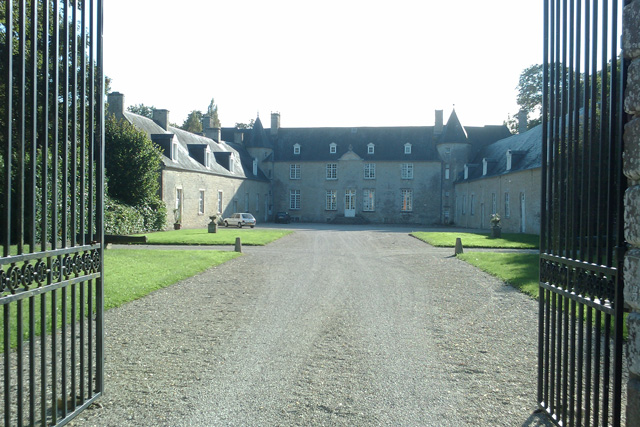 Location: Beuzeville-la-Bastille, in the Manche departement of France (Basse-Normandie Region).
Built: 14th century.
Condition: In good condition.
Ownership / Access: Owned by a private person.
Opening Times: Check their website for more info.
Price of Admission: Check their website for more info.
ISMH Reference Number: PA00110338
Notes: Château de Plain-Marais is a former stronghold of the fourteenth century, completely rebuilt in the seventeenth century, which stands on the town of Beuzeville-la-Bastille in Cotentin, in the department of Manche Basse-Normandie region. As historical monuments; facades and roofs of the castle and outbuildings, with their flukes and bridge balustrades surrounding them are the subject of a registration by order of 5 May 1975; the bastion castle garden: the base of the bastion platform, with the exception of buildings and moats with their bridge and their balusters already protected, the two portals and three basins, the forecourt with its walls The entrance wall, with its two towers, the base of the access avenue are the subject of a registration by order of February 11, 1998.The Plain-Marais Castle is in the form of a quadrangle surrounded by dry moats, wide and 10 meters deep 3 meters. Originally, the fortified house was surrounded by walls and dry ditches that were filled during the flooding of the marshes. The original castle of the fourteenth century, we have vaulted cellars on cylindrical pillars. The house, towers and wings at right angles are the fifteenth or sixteenth century. The set has been completely redesigned in the second half of the seventeenth century. He was then to Vauban bastion.