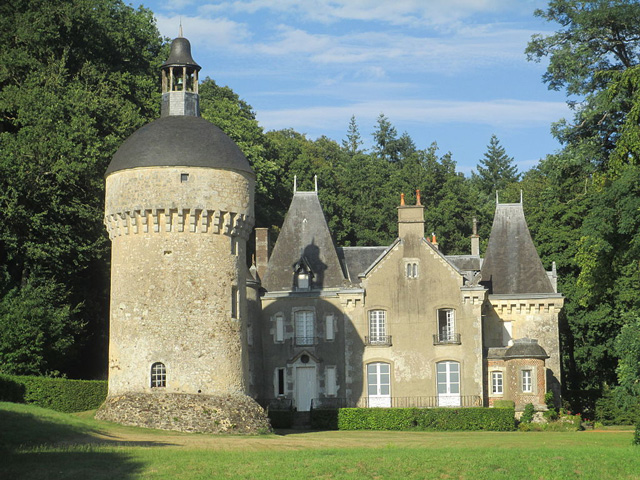 Location: La Perrière, in the Orne departement of France (Basse-Normandie Region).
Built: 16th century.
Condition: In good condition.
Ownership / Access: --
Notes: Château de Monthimer is a castle on the edge of the forest of Belleme, in the municipality of La Ferriere. The original house, square, was built in the mid-sixteenth century. Part of the southeast of the current gear and remains the big pavilion supported the right of the rear facade dates from this time. In the late sixteenth century, major works substantially alter the mansion, with the addition of another pavilion on the south facade in 1581. Further work is undertaken in the eighteenth century, before its owner at the end of the nineteenth century radically transformed the whole. The large tower located west of the house is the last vestige of the first enclosure of the field. The tower is pierced by a flaming door dated 1506, but the date of its construction is discussed. Its structure is classified 1975.

How To Get To Château de Monthimer (Map):