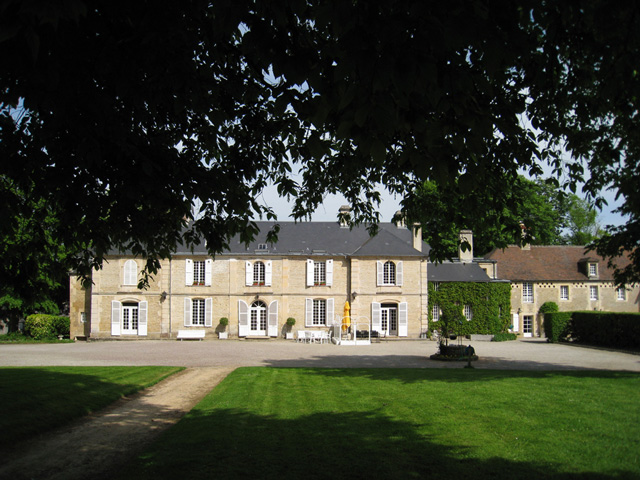 Location: Ranville, in the Calvados departement of France (Basse-Normandie Region).
Built: 18th century.
Condition: Restored.
Ownership / Access: Now boasts of charming cottages.
Notes: The Chateau de Guernon-Ranville is located in the town of Ranville in the department of Calvados in Normandy. This private estate of the eighteenth century is named after the family that has long possessed. It was the home of a minister in the nineteenth century, the resort patrons in the early twentieth century and an infirmary of war during the Normandy landings in 1944. It currently houses of charming cottages. Three charming cottages accommodate today tourists. These residences occupy part of the common and the old stables of the castle. They have benefited from a careful restoration which helped to maintain and develop their original material: ceiling beams, old tiled floor, original fireplace, stone walls of Caen.