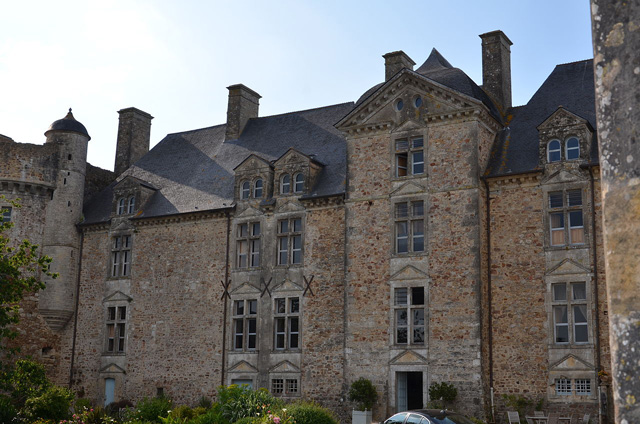 Location: Crosville-sur-Douve, in the Manche departement of France (Basse-Normandie Region).
Built: 15th-17th century.
Condition: Ruined.
Ownership / Access: Privately owned.
ISMH Reference Number: PA00110389
Notes: Château de Crosville-sur-Douve is a ruined building located partly Crosville-sur-Douve, France. Many events are organized in this context that the days of Franco-British plants. This fortified manor house belonged to the family Boudet including Jean Boudet, Esquire, was lord of Crosville in 1463. It is the latter that should the fortification with the erection of the tower. At the time of the Revolution, the house was converted into lofts and farm building. The castle was sold by the state in 1980 and the new owner engaged heavy rehabilitation works. In the great hall of the first floor is a painted decoration of mythological scenes inspired by Ovid's Metamorphoses The building and the garden are classified as historical monuments since 2000.

How To Get To Château de Crosville-sur-Douve (Map):