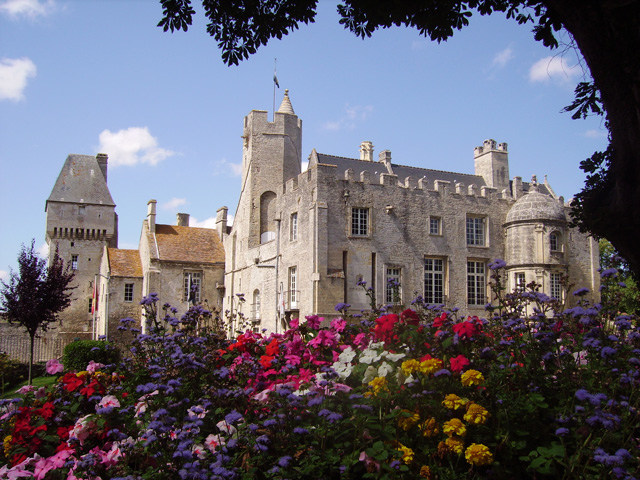 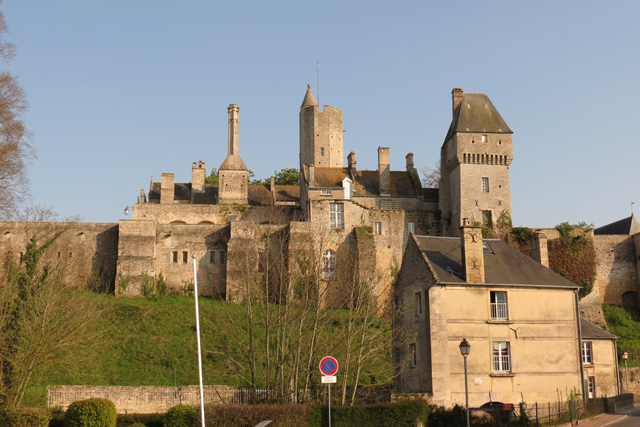 Château de Creully And Ramparts From The Outside Photo - Romain Bréget - Wikipedia - lic. under CC BY-SA 3.0

Location: Creully, in the Calvados departement of France (Basse-Normandie Region).
Built: 11th century.
Condition: Restored.
Ownership / Access: Now owned by the Municipality of Creully.
ISMH Reference Number: PA00111260
Notes: Château de Creully is a building built between the sixteenth and seventeenth centuries in Creully in the Calvados. In 1682, the last Baron of Creully, Antoine V of Sillans, too much debt, sold his castle Colbert, minister of Louis XIV, who died the following year without live. From 1682 to 1789, occupation by the descendants of Colbert. During the Revolution, the domain will be confiscated and sold at various wealthy landowners. As of June 7, 1944, the square tower was home shortly transmitter relays the BBC, which were broadcast the news of the Battle of Normandy. During the Battle of Normandy in June 1944, General Montgomery moved his trailer General Quartermaster, camouflaged under haystacks in the castle grounds. The June 12, 1944 Montgomery, was in the Grand Salon of the Castle King George VI and Winston Churchill. In 1946 the town became the owner of Creully. It is still owned by the municipality. It is the subject of a classification as historical monuments since June 20042. The castle houses large rooms that are used nowadays for various events: weddings, concerts, conventions and exhibitions.

How To Get To Château de Creully (Map):